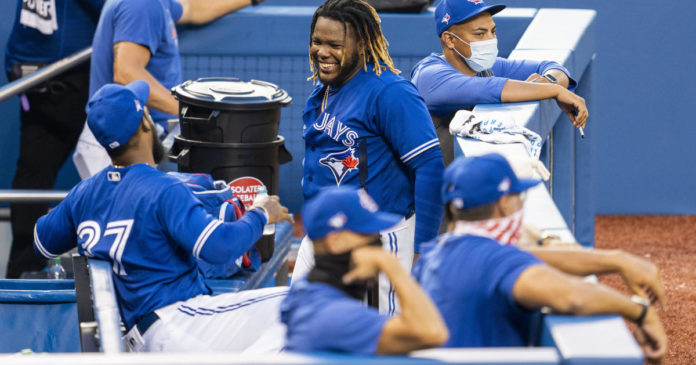 The Toronto Blue Jays have been barred from playing games in Canada for the 2020 MLB season over fear of spreading the coronavirus. The season, which was delayed due to the pandemic, is scheduled to begin at the end of July.

“Based on the best-available public health advice, we have concluded the cross-border travel required for MLB regular season play would not adequately protect Canadians’ health and safety,” Canada’s Minister of Immigration, Refugees and Citizenship said Saturday in a statement. “As a result, Canada will not be issuing a National Interest Exemption for the MLB’s regular season at this time.”

The team would have needed an exemption from the rule requiring anybody entering the country to self-isolate for two weeks. The Blue Jays had previously been granted an exemption for preseason training, which required them to conduct all team activities at the Rogers Centre, where they normally play their home games, and the “adjacent facilities.”

“However, unlike preseason training, regular season games would require repeated cross-border travel of Blue Jays players and staff, as well as opponent teams into and out of Canada,” the minister noted in his statement. “Of particular concern, the Toronto Blue Jays would be required to play in locations where the risk of virus transmission remains high.”

The Blue Jays said in a statement they are “in the process of finalizing the best home location for the remainder of the 2020 season.”

The city of Toronto had previously approved plans to allow the Blue Jays to play games at the Rogers Centre, but that was overruled by Saturday’s decision by the Canadian government.

“I fully respect this decision and thank the Government of Canada for working with the province and city on this issue,” Toronto Mayor John Tory said Saturday.

If the Blue Jays were to make it to the postseason, the Canadian government said the decision could be reversed “should the risk of virus transmission diminish.”

The Blue Jays are scheduled to begin the season at Tampa Bay on July 24. Their home opener is slated for July 29 against the Washington Nationals. A number of players have chosen to opt out of the planned 60-game season over health concerns for both themselves and their families.

The Canada-U.S. border remains closed to non-essential travel until at least August 21.