Home Sport Jose: People look at me with different eyes 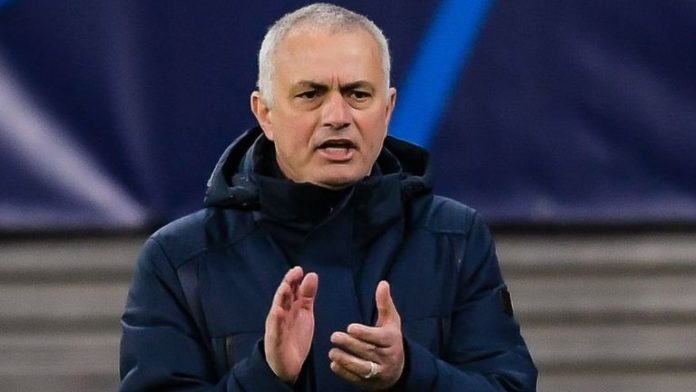 Gary Cotterill sits down with Jose Mourinho to chat about his start to life at Tottenham; Watch Tottenham vs Leicester on Super Sunday, kick-off 4pm

Tottenham go into Sunday’s game against Leicester looking to make it four home wins in a row for the first time since moving into their new stadium.

They are joint-second in the form table.

Yet, despite all this, the critics remain. Social media is full of Mourinho dissenters.

“People look at me with different eyes,” he says, when asked if he receives more criticism than other top managers.

“I know people expect me to do things that you don’t expect with many others. I don’t read much, but with some of the questions I get, I have that feeling, yes.

“For example, the other day after a game (the 3-1 win at Newcastle) the first question was about a player that didn’t start.

“When a player is not playing with other coaches it’s never a problem. They make rotations. They make decisions. They leave on the bench incredible players and everyone looks at them and feels that this is their job. That’s the way a big team has to be.

“But when Tottenham, for the first time in the season has, for example, Lucas Moura, Steven Bergwijn, Erik Lamela and Heung-Min Son (all available), people always ask me about the ones that are not playing. So, yes, in some aspects I feel that a bit.”

Only Liverpool, Manchester City and Manchester United have picked up more points than Tottenham since Mourinho was appointed.

They were 14th when he arrived.

Mourinho is content with the job he’s done so far, even though, he says “everything was broken with an incredible sequence of injuries.”

He sees clear signs of better to come and draws on a memory from his early career as inspiration.

“We, myself and the staff, analyse internally and we know we are doing a very positive job,” he says.

“I can compare it a little bit with my experience at Porto. When I got to Porto in January (2002), that half of the season was really hard, but was so important for the preparation of the next one.

“So that’s what I’m doing now, accumulating knowledge and experience in the club to prepare for what’s next.”

We all know what was ‘next’ for Porto. Two league titles and two European trophies. But what’s ‘next’ for Spurs? A return to the Champions League?

See – if the team can stay injury free.

“In normal circumstances, it’s easy to see, Tottenham would be in the top four,” he says.

See – what the transfer window brings.

“Let’s see what the others do. It’s not just about us analysing ourselves it’s also about being realistic and analysing our opponents,” he says.

“I’m happy with the globality of the squad I have, and I hope we can give some little touches to improve and make us better, more competitive, more adapted to my way of thinking with a balance I always try to find in a squad. If we manage that, then we will see.”

This time last year, I spent a day with Jose Mourinho in his home town of Setubal in Portugal. With the end of this mini-season almost upon us, he’d love to spend a few days there again, to recharge his batteries for the challenge ahead. Sadly, Portugal remains out of bounds because of Covid-19.

“The last time I was there was last year. I would like to go of course. Let’s see if Mr Boris allows me,” Mourinho says.

Wherever he spends the curtailed summer break, it will be brief and not totally restful. It is the transfer window after all.

“I will be always working, even if I do have the chance to sit on a Setubal beach.”