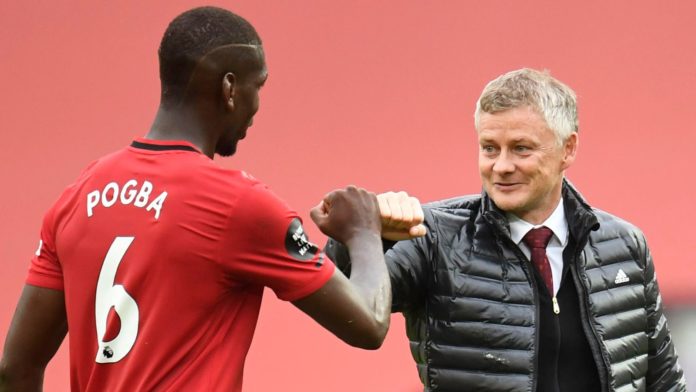 Former Old Trafford chief executive also discusses signing of Cristiano Ronaldo, and explains why a move for Ronaldinho fell through

Manchester United are getting back on track under Ole Gunnar Solskjaer after a period in which players were not joining the club for the “right reasons”, according to Peter Kenyon.

Following Sir Alex Ferguson’s retirement in 2013, United have made several eye-catching signings who have failed to live up to their billing, including Alexis Sanchez, Angel Di Maria and Radamel Falcao.

But Kenyon – who worked closely with Ferguson as United’s chief executive until leaving in 2003 – believes Solskjaer is reviving the club by following his former boss’ example in the transfer market.

Kenyon told The Telegraph: “I don’t think people fully understood what United is all about. United is a huge club and just because you are a world-class player, doesn’t mean you can go there and be successful.

“I don’t think United is about paying the biggest transfer fees. Whilst we always paid really good wages and competed in transfers – although Alex would continually say we never gave him enough money – what we got were players who really wanted to be at United for the right reasons.

“I think they have lost that a bit and they are getting that back, and that’s why I think they will come back. Ole is good because he understands that aspect of it. It’s really important.”

Kenyon’s final summer as United chief executive saw him miss out on the signing of Ronaldinho to Barcelona, but succeed in bringing in an 18-year-old Cristiano Ronaldo from Sporting Lisbon.

Ferguson was already interested in signing Ronaldo before United took on Sporting in a pre-season friendly, but famously increased his interest after witnessing his highly impressive performance.

Kenyon says Ferguson could not even wait until after the game to make his move, saying: “I got a call at half-time saying, ‘rather than leave [Ronaldo] here, can we take him home please?’

“So the team left the next day and I stayed to do it.”

Kenyon was less successful in signing Ronaldinho, but says United became uncomfortable with the amount of money needed to prise the Brazilian from PSG.

“We did try really hard for Ronaldinho and in the end we offered what was a load of money, even by our standards,” explained Kenyon.

“Getting the player for the amount of money paid didn’t sit well at United. There was a decision that if he is right and we do want him we will pay, because we could.

“It crossed the line and on reflection – and this is not about his ability – it turned out to be a great decision.”

Is the current Manchester United team the best since Sir Alex Ferguson retired in 2013? We discuss that and more on the Premier League Review Podcast.

United are currently on a 19-game unbeaten run in all competitions, their longest such run since November 2010 under Sir Alex Ferguson (29 games). But with Ole Gunnar Solskjaer’s side still battling it out for a top-four spot, is it fair to say this is the best United side since the great Scot left the club?

United have been on devastating form since the Premier League restart, scoring 21 goals in just eight games, and they face Chelsea in the FA Cup semi-final on Sunday looking for a first piece of silverware since 2017 under Jose Mourinho.

Maximum points from their last two games would still leave them 13 points short of Mourinho’s tally from when they finished second in 2017/18, but it is undeniable the club have made progress since the spring.

So, the best United side in the post-Fergie era? It really does depend what your definition of “best” is.