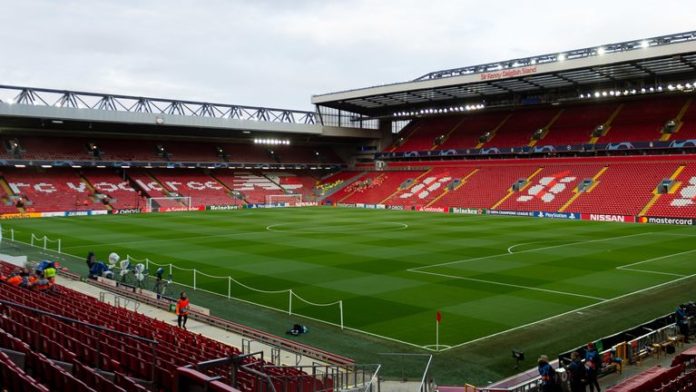 The challenges, obstacles and time-frame football must overcome before fans can return to stadiums, analysed on the Sunday Supplement

It’s a question that has been on the lips of the nation since lockdown started: When will fans return to football matches?

The Premier League has been back since June 17, with Project Restart delivering 73 of the outstanding 92 top-flight games so far, but with all matches taking place behind closed doors, the return of supporters remains the final piece in the jigsaw.

After government proposals issued on Friday outlined a possible return of supporters to sporting stadia by October 1, the Sunday Supplement panel analysed obstacles footballing authorities will have to overcome before fans can return.

Sami Mokbel, chief football reporter at the Daily Mail, claims a consolation phase targeted at securing reduced attendances is already under way between football clubs and the government.

“We know we’re not going to have any games with fans between now and the end of the season, which is a week away,” he said.

“There is potentially an opportunity for the Community Shield, that has been pencilled in for late August, to be used as a test event. We will have a clearer idea then of its success and the potentiality of having fans in place at stadiums for the opening week of next season’s Premier League.

“A lot of that will rest on tests during the close season at snooker, County Championship cricket and horse racing, but there is certainly will from the Premier League and the government to have fans back at a capacity of 25 to 50 per cent if stadiums open by the opening week.

“There are a lot of issues still to be resolved, namely how tickets will be distributed among fans who will all want to be there when the doors re-open. There are going to be a lot of disappointed supporters who are going to be left behind.

“Transport and how you ferry fans who may not want to use public transport to games may be an issue, as well as the arrival and departure times of fans, which may have to staggered. That will be a lengthy process for which there is not a lot of time to implement it.

“Policing fans while they’re at their seats to ensure they are socially distancing appears easy enough, where the problems occur is on the concourse. How can you guarantee people won’t congregate in large groups as they usually would ahead of the game? That is where the problems lie and where the government will lean on Premier League clubs to ensure that.

“Clubs have started planning now in conjunction with the Premier League, consultation processes are under way between clubs and fan groups with a view to formulating a plan in the coming weeks. It’s moving at a rapid pace, but it is a really positive boost for the Premier League, supporters and certainly for clubs, who have been without matchday revenue for a long time.”

Football still at the mercy of the virus

Rory Smith, chief soccer correspondent at the New York Times, emphasised the importance of the return of fans on clubs lower down the football pyramid but warned all measures remain subject to the control of coronavirus.

“[The return of fans] is especially crucial for the EFL,” he said. “The Championship is due to finish on Wednesday but with the play-offs to follow, clubs can survive because of the share of the EFL TV deal they get.

“But for clubs in Leagues One and Two, who are talking about starting the season in September, they are essentially mothballed at the moment; their squads are dwindling down, they are not functioning as football clubs in any real sense and they are hoping to be there when the season kicks off.

“They need fans to be back as quickly as possible to make their whole business model worthwhile and project the integrity of the entire football pyramid, which is integral for the health of English football.

“Everyone around Europe is looking into this, it’s key to football’s health, but the one thing it is still dependant on is what happens with the virus. If the virus is still in control and we see increased infection rates, then whatever they are planning now won’t be able to happen.”

Are the public ready to return?

Dominic King, north west football reporter for the Daily Mail, says football remains alien without supporters but questioned whether there is an appetite among fans to return to grounds en masse.

“I’m not sure people will be comfortable going to stadiums in big numbers,” he added. “It’s going to be fantastic to get supporters back in the stadiums because the whole experience of being at a football match is alien at present.

“But you cannot underestimate how much people have been affected by the last few months. I’ve seen people in my own family scared to go into shops – and that is going to be replicated around the country.

“I would be inclined to start the season in November, just to buy ourselves some more time to make sure the track and trace operation was improved.

“The outdoor nature of football would suggest fans returning wouldn’t pose the same issues as other lockdown-lifting measures, but it remains uncertain how you ensure people socially distance at a football match.”