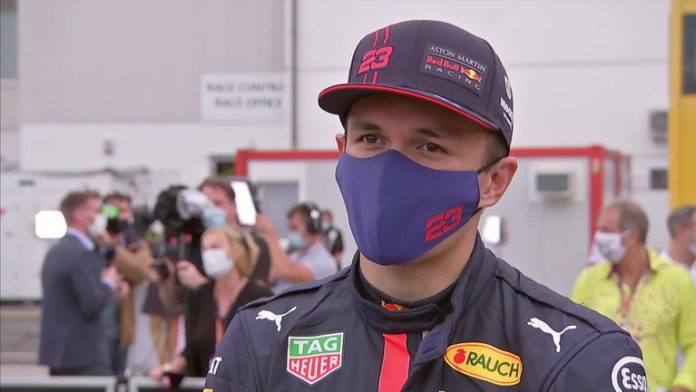 Alex Albon has retained fifth position in the Hungarian GP after Red Bull were cleared in a post-race investigation by stewards.

But Haas’ Kevin Magnussen has been relegated a place from ninth to 10th with 10 seconds added to his final race time after the team were ruled to have contravened regulations concerning radio communications with their drivers on the formation lap.

Carlos Sainz is promoted into ninth place instead and gains an extra point for McLaren.

Red Bull had been notified during the race that the stewards would look into allegations of their mechanics artificially dryed Albon’s grid box ahead of the race, which started in damp conditions.

However, a Sunday night verdict read: “The Stewards reviewed video evidence and came to the conclusion that the competitor did not attempt to alter the grip of the track surface.”

But Haas did fall foul of a stewards’ investigation with both their cars after it was ruled that the team’s messages at the end of the formation lap telling Magnussen and Grosjean to pit for dry tyres broke ‘driver aid’ radio rules.

Both drivers were given a 10s penalty. While Magnussen dropped behind Sainz, Grosjean slipped a place to 16th behind Alfa Romeo’s Kimi Raikkonen.

“Having considered the matter extensively, the Stewards determined that the team instructed the driver to pit,” read the stewards’ verdict on Haas.

“The team could not prove that one of the exemptions made under paragraph A. 2. a) to g) of the Technical Directive 011-17 was applicable.

“Therefore, the Stewards consider there is breach of Art. 27.1 of the Sporting Regulations, that the driver must drive the car alone and unaided.”