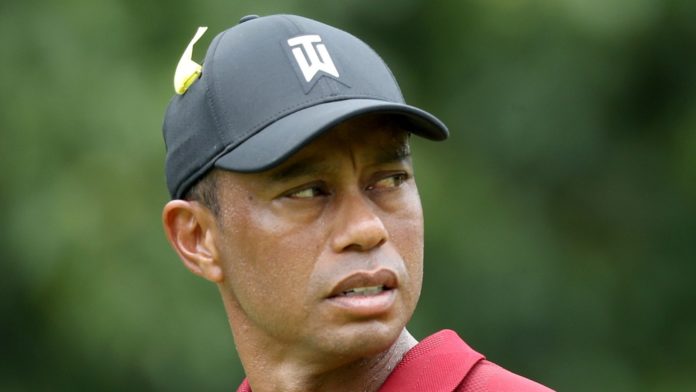 “I think I need to work on my putting a bit and clean that up. But as far as my swing goes, it felt good. I was able to hit good shots”

Tiger Woods said there were lots of positives to take from his competitive return at the Memorial Tournament, although refused to confirm when he will next tee it up again on the PGA Tour.

Woods’ appearance at Muirfield Village was his first PGA Tour start since February due to injury and then the coronavirus pandemic, and he posted a final-round 76 to end the week tied-40th.

The 44-year-old made the weekend on the cut mark after rounds of 71 and 76, with Woods matching those totals in tough scoring conditions over the final two days to finish on six over.

“It was nice to get my feet wet and compete and play again,” Woods said. “Tough, tough conditions to start out my first week back, Thursday and Sunday. But it was good to get the feel and the flow of competing again.

“I didn’t putt well, I didn’t feel comfortable playing break. I’ve been in Florida playing Bermuda and seeing minimal break, so coming out here and playing 10, 12 feet of break was a bit different and something I’m going to have to get used to.

“I think I need to work on my putting a bit and clean that up. But as far as my swing goes, it felt good. I was able to hit good shots. Friday was a bit off physically, but overall for my first week back, it was a lot, a lot of positives.”

Woods drained a 35-footer at the opening hole but dropped a shot at the fourth and then followed a three-putt double-bogey from 12 feet at the seventh with three bogeys in his next four holes.

The former world No 1 holed a 20-footer at the par-three 16th and made another birdie from a similar distance at the next, only to miss a five-footer to save par at the last.

“These were some of the more difficult conditions I’ve played in a long time,” Woods explained. “Today the golf course got quick and got fast, it was hard to get the ball close.

“It’s probably as quick as I’ve seen in a while. It’s been a while since we’ve had conditions this quick, but this is how Jack [Nicklaus] loves it. It’s just whether or not Mother Nature will allow it.

Woods has yet to commit to playing again before the PGA Championship at TPC Harding park next month, with the 15-time major champion having the option of appearing at the WGC-FedEx St Jude Invitational the week before the opening major of the year.