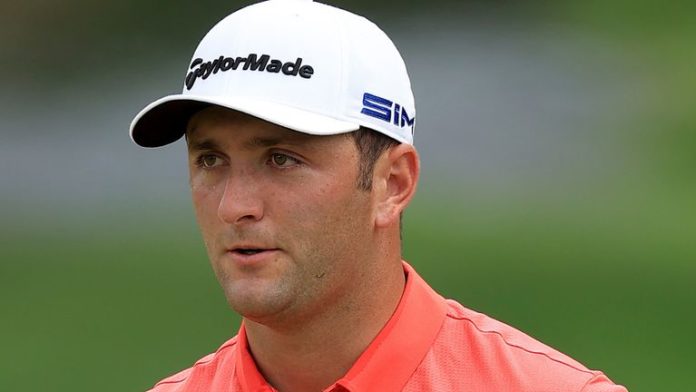 “It was so easy to get caught up on arbitrary things like the penalty stroke. And all I can say is as minimal as it was, it moved; I accept it.”

Jon Rahm was quick to accept his two-shot penalty after seeing his winning margin reduced from five strokes to three shots at the Memorial Tournament.

Rahm moved to world No 1 for the first time in his career after finishing top of the leaderboard at Muirfield Village, where he only found out about the possibility of a rules infringement in a live post-round interview.

The Spaniard had produced a flash of brilliance at the par-three 16th to produce an incredible chip-in from the rough and give himself a four-stroke cushion over playing partner Ryan Palmer, only for TV cameras to spot his ball moving slightly as he addressed his shot.

Rahm was then told about the incident as he signed for his scorecard and was issued a two-stroke penalty for a violation of Rule 9.4, given for causing his ball to move as he placed his club behind it, with the 25-year-old having few complaints about his punishment.

“I promised open honesty and I’m a loyal person and I don’t want to win by cheating,” Rahm said after his round. “The ball did move. It’s as simple as that.

Report and highlights from Jon Rahm’s victory at the Memorial Tournament.

“The rules of golf are clear. Had I seen it, then I would have said something. But you have to zoom in the camera to be able to see something. I have rough, I’m looking at my landing spot. I’m not really thinking of looking at the golf ball. I’m one of those where I’m looking down, but my awareness is not on the ball.

“I want everybody to hear it: It did move. It is a penalty. As hard it is to say for how great of a shot it was — as hard as it is to say that I won’t finish double digits under par. But it did move, so I’ll accept the penalty, and it still doesn’t change the outcome of the tournament.”

Rahm’s birdie at the 16th became a bogey after the round as a result of the penalty, leaving Rahm with a final-round 75 to end the week on nine under and three ahead of Palmer.

“It was so easy to get caught up on arbitrary things like the penalty stroke,” Rahm added. “And all I can say is as minimal as it was, it moved; I accept it

“It just puts a little bit of an asterisk in it in the sense of I wish I could just keep that birdie because it was one of the greatest shots of my life, right?”