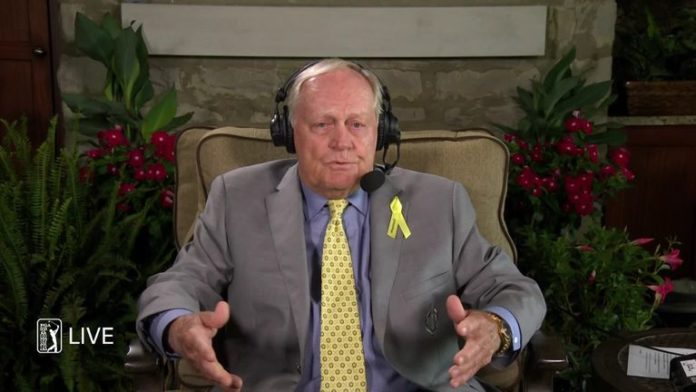 Golf legend Jack Nicklaus has confirmed that he and his wife Barbara have both previously tested for coronavirus during the early part of the pandemic.

Nicklaus confirmed during live coverage of the final round of the Memorial Tournament that the pair received positive tests in March, during the week that the Players Championship was cancelled after the opening round because of the virus.

The 18-time major champion said he experienced a sore throat and a cough, while his wife had no Covid-19 symptoms, with the couple self-isolating for more than five weeks at their home in North Palm Beach, Florida.

“Back in mid-March, Barbara and I both contracted coronavirus,” Nicklaus told CBS. “We were very, very fortunate, we were very lucky.

“Barbara and I are both of an age, both of us are 80-years-old, that is an at-risk age. Our hearts go out to the people who did lose their lives and their families.

“We were just a couple of the lucky ones, so we feel very strongly about trying to work with the people that are working with those that are taking care of those who have Covid-19.”

Nicklaus said ahead of the event that the traditional handshake could still happen, despite the PGA Tour’s health and safety plan currently prohibiting it, but the tournament host confirmed there will be no pressure for the winner to do so.

“We’ve got the antibodies and theoretically we can’t get it and can’t give it,” Nicklaus added. “That’s a nice position to be in.

“They asked me If I was going to shake hands on the 18th green with the winner. Well, if the winner wants to shake hands that’s fine, [but] I won’t put him in that position. I can’t give it to them, but we’ll have to see what he wants to do.”

Tiger Woods, a five-time winner of the Memorial, said he had known for some time Nicklaus had tested positive and was pleased to see the pair back to full fitness.

“The fact that they got through it and they’re safe and here and healthy, its all good news for all of us who are a part of golf and who looked up to Jack and [have] been around Barbara all these years,” Woods said.