Home Sport Momma’s Boy – the boxer trained by his mum 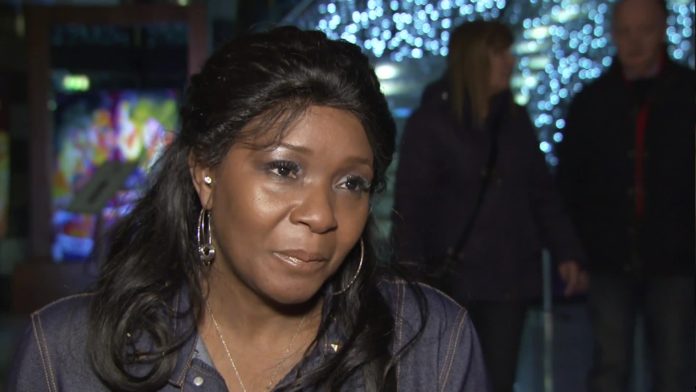 “I have somebody in my corner who wants me to do well, more than anybody in the world”

They say a perfect boxing trainer needs to command the respect of their boxer, to instil determination when the going gets tough but most importantly to have compassion when the time is right to fight another day.

So, who better than momma?

“Exactly, it doesn’t get any closer than that,” Denis Douglin, whose mother is also his trainer, tells Sky Sports.

It is a uniquely fascinating and, let’s face it, a strange dynamic. But when Douglin explains it makes complete sense.

“She trains me hard because she wants me to win so badly. But she also makes sure that I’m safe.

“Having those two things in my corner is an amazing feeling.”

Saphya Douglin trained and cornered her son to fight George Groves, his only UK appearance, six years ago.

She told Sky Sports back then: “I’m the reason why he’s in boxing.

“I didn’t train Denis to become a boxer. I trained him to defend himself because he got into a fight at school and didn’t do very well. I was working in a boxing gym at the time.

“After that I said: ‘I’m training you to defend yourself’.

“It wasn’t a case of training him to become a boxer. He didn’t even like boxing.

“We trained together. I was training as a fighter also. We travelled the world together, both doing it. It became something we both love.”

Denis, a super-middleweight with a 22-7 record, reflects now: “I got into a little altercation. It wasn’t serious but I didn’t do well!

“My mom made me go to the gym to learn to defend myself. I boxed a little bit and slowly fell in love with it after not liking it as first.

“Aged 13 or 14 I was doing well in competitions. I thought that if I focused hard I could be a world champion. I was seeing kids who focused more than me, but they weren’t that good.

“My mom said: ‘If you really want to be a world champion then let’s do this’.

“I was learning so much from my mom at home that I wanted to train with her full-time. She’s been my trainer ever since.”

Douglin was beaten in seven rounds by Groves and has also come up short against future world champions Jermall Charlo and David Benavidez but he has proved that a career can be carved out with momma in the corner.

Does Saphya run the rule over every aspect of her son’s life?

“Except for girls,” she said in 2014. “I wish I could choose the one for him but he always seems to choose one that is different from what I’d choose.

“We are very close. We talk about everything. He comes to me with everything.”

Boxing has actually brought his mother and son combo closer together.

They no longer bicker in the gym, Denis says: “Not now because I have grown a lot. At one point I was rebellious and thought that I knew more. But over the past year we have been really good in the gym. I realised she is amazing. I realised that she told me things back in the day, when I said she didn’t know what she was talking about, that were true.

“Other trainers now tell the same exact thing that my mom told me years ago.

“Floyd Mayweather Sr told me things that my mom had told me years ago.

“There has never been anything that she has said that I haven’t then heard from another trainer. I have never heard anyone say differently to her.

“My mom is up there with the world’s top trainers. I didn’t appreciate that for a while. I have grown to respect it and listen to her. Whatever she tells me to do, I do.

“We might still argue outside of the gym as mother and son – but inside the gym? No.”

Saphya said in 2014: “Sometimes there is friction. I have to turn off the mother thing, especially as his trainer. We argue a lot! Leading up to a fight, it gets even worse. He is cutting weight and he takes it out on me. If a McDonald’s commercial comes [on the TV] then it’s my fault.”

It is telling that Douglin’s decision over his trainer has the respect of Floyd Mayweather. Mayweather’s father has been involved in training Douglin in the past. And, last month, a phone call in the middle of the night awoke Douglin – it was Mayweather, demanding he come to the gym for sparring immediately.

It wasn’t always easy in a macho environment with your mom screaming instructions at you.

“Even before she was my actual trainer she would just be in the gym with me, shouting: ‘Move your head! Jab!’

“She would yell at me in the gym so everybody called me ‘Momma’s Boy’.

“When I went to the regionals in New York I put ‘Momma’s Boy’ on my shorts because it was funny. I embraced it. I was in a tough fight and people in the crowd started chanting: ‘Momma’s Boy! Momma’s Boy!’

“It was so cool. It stuck with me.

Saphya proudly declared in 2014: “[The nickname] is paying homage to me.”

But not everybody saw it as harmless fun.

“Because of the ‘Momma’s Boy’ thing, people didn’t want me to win,” Denis says. “They thought I wouldn’t be good just because my momma was my trainer.

“So I’m used to going places and the crowd rooting for the other person.

“I like people yelling against me, ever since the amateurs. I like being the B-side, the opponent.

“The Covid-19 situation will make it awkward for some fighters. I like to hear the audience yelling even if it’s not for me.”

Not everybody will be cheering for Douglin, especially in an opponent’s back yard, but there will be one voice in his corner that never fails him. The most important voice of all, his mother’s.