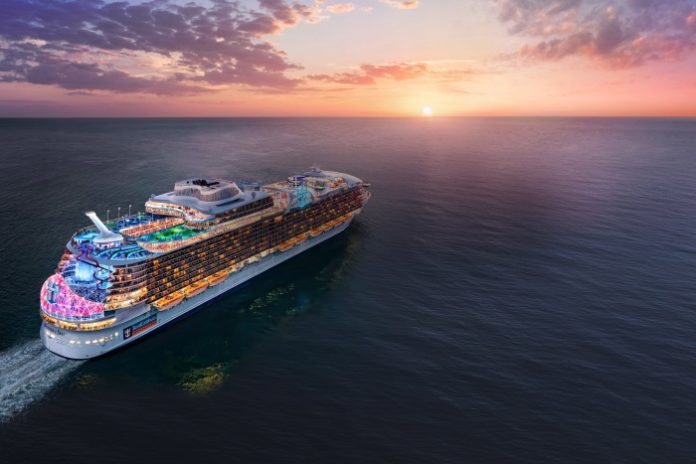 Royal Caribbean has delayed the delivery of Wonder of the Seas, its next Oasis-class ship, from 2021.

“However, we look forward to the arrival of the Wonder of the Seas after the epidemic has been brought under control as soon as possible,” explained a statement.

There is no new timeframe for when Wonder of the Seas will sail.

Wonder of the Seas is the second cruise ship under construction to be delayed, following the announcement that Odyssey of the Seas will be delayed until April 2021.

Zinan Liu, chairman of Royal Caribbean Cruises Asia, commented: “Royal Caribbean always firmly believes that the fundamentals of China’s economy have not changed due to the epidemic and that the trend of the cruise market will continue to develop.

“The instincts of reunion and leisure will not change, or even be strengthened. Royal Caribbean has prepared three lines of defence for the health and safety of tourists and crew under the new normal of epidemic prevention, including source control of viruses, multiple monitoring on board, prevention and isolation measures and emergency plans in case of an outbreak.

“We are fully prepared to show the public that the Royal Caribbean Cruise is a safe place.”

The new ship is currently under construction in Saint-Nazaire, France.