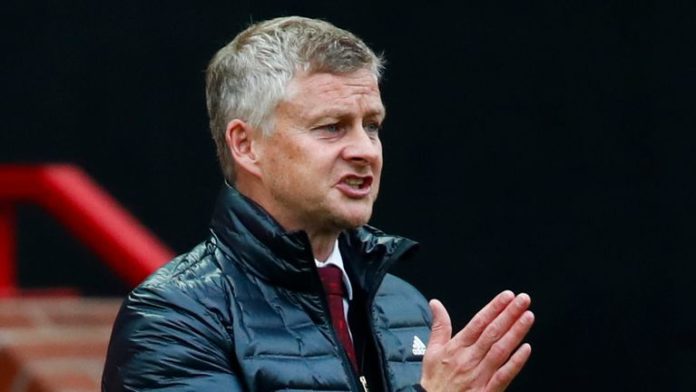 Plus: Man City won’t win the Champions League, Frank Lampard could be manager of the year, and Mikel Arteta doing phenomenal job

Paul Merson admits he is “flabbergasted” by Ole Gunnar Solskjaer’s Manchester United team selection in their 3-1 defeat by Chelsea in the FA Cup semi-final.

Manchester United made several changes to their line-up for the clash at Wembley on Sunday, bringing in Eric Bailly, Fred and Daniel James, while Paul Pogba, Anthony Martial and Mason Greenwood all started on the bench, as they chase a top four spot with two vital games of the Premier League season remaining.

But Merson can’t believe Solskjaer neglected the chance of adding a trophy to his CV, and says if Jose Mourinho was in that position, he’d have played a full-strength side.

‘You are judged on trophies!’

If that’s Jose Mourinho, he is playing his strongest team. You win trophies. You are judged on trophies!

Ole Gunnar Solskjaer has to win something! If he wins the FA Cup it’s massive for him! There are only a few trophies he can win in a season!

This is on Ole Gunnar Solskjaer. He’s not going to be manager at Manchester United for the next 15 years, is he? Sooner or later when he goes on a bad run he’s going to be out of a job. That’s football now. When you lose games, you’re out. If he loses his job and he has an FA Cup, he has an unbelievable CV!

If Mourinho was in Man Utd’s position yesterday, knowing he has Arsenal in the final, he plays his strongest possible team.

I was flabbergasted at his team selection. I couldn’t believe it.

Lampard manager of the year?

I thought Chelsea were outstanding, absolutely brilliant. Chelsea are in the same position as Man Utd, and they played a strong side. They’ve got to go to Liverpool and play at home to Wolves!

Frank Lampard knows if he wins the FA Cup, it’s a huge achievement. We spoke about this being a consolidating year for Chelsea, well he’s two games away from the top four and he’s one game from the FA Cup. For his first year in the top flight, where he couldn’t buy a player, he should get manager of the year! It’s phenomenal.

‘I can’t see how Man City win the Champions League’

For how great Pep Guardiola is, at the back they are struggling. Bournemouth ripped them apart, with chance after chance!

I think a lot of teams have lost the fear factor with Man City. They are great going forward, with some mind-blowing players. But teams now approach them and think: ‘If we play 10 behind the ball for 95 minutes, we’re getting beat, we’re getting broken down by the end of the game.’

Teams are now having a go at them, because they know there’s a goal in it. I know teams are going to be on the end of a 5-0 or a 6-0, but they’ve lost that fear factor because the defence is not good enough. That’s been the case since the restart, too.

I’ve looked at them in the last five weeks and I can’t see how they can possibly win the Champions League.

Every European team left in the competition are all top heavy with forward-thinking players. How are they going to stop Real Madrid scoring? I just don’t see it. PSG, Bayern Munich, whoever. I don’t see.

They’ve lost nine Premier League games. That’s a quarter of their season! You cannot win the league like that! Nine games! That’s one more than Man Utd and Wolves, and the same as Arsenal!

One thing about City is they don’t go on long slumps; they might lose one or two but then they’ll win 5-0 and all is forgotten.

‘Arteta has done a phenomenal job’

Arsenal have a plan, they go and press when they have to, drop off when they don’t, they play with high energy and counter attack as a team.

They were outstanding against Man City. That was David Luiz – there’s no grey area – he’s either 9/10 or 4/10. But when he plays like that, he’s brilliant.

Arteta has done an absolutely phenomenal job. It’s the first time I’ve watched Arsenal in many, many years, and they have a plan.

Man City were up for it in the second half, and Arsenal put themselves on the line. I honestly think he’s done a brilliant job. I can’t talk highly enough of him.

‘Jose has won everything… players must change for him’

Jose Mourinho is a special manager, and Tottenham have to buy into him. He arrives at Tottenham with all of these trophies, he can’t change the way he plays to suit players who haven’t won anything. You can’t do that.

People say to me: “Jose has to change, the game has changed.” It hasn’t changed that much!

At the end of the day, you have to be very good defensively. If you’re not, you’re not winning anything. That hasn’t changed.

There’s one thing I agree on with Jose Mourinho, and it’s that he is one of the top managers in the world, and you have to listen to him. I think the players will buy into it, and if they do, I think Spurs have every chance of finishing in the top four next season.

When you come into a club and you’ve won everything in the game, and you’re among good players who haven’t won anything, listen to the man who has won it all, because he knows how to win it!

I think they are going to buy into it, and I’ve seen that in the past three games. Against Arsenal and Leicester they counter-attacked, they broke up. This is the Spurs way now.