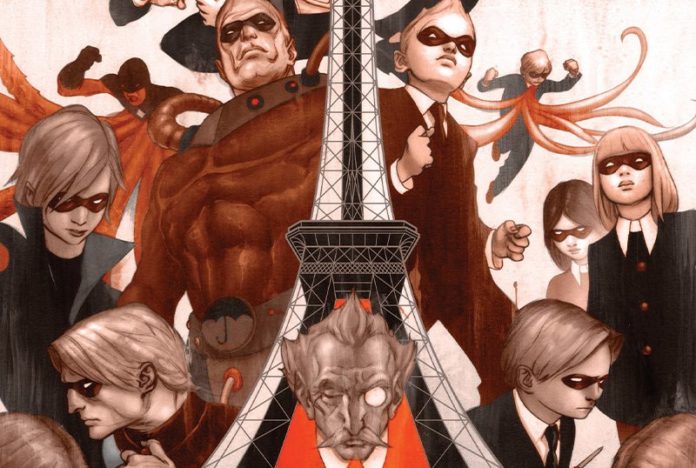 Dark Horse Comics and Studio71 Games, a Red Arrow Studios company, have joined forces to release a battling card game based on the hit comic series The Umbrella Academy from Gerard Way and Gabriel Bá ahead of the Netflix adaptation’s second season premiere!

RELATED: The Umbrella Academy Season 2 Trailer Brings the End of the World to the ’60s

Fans can pre-commit to buy the game at its official website and bring to life the fantastical and dysfunctional world of The Umbrella Academy in the comfort of their living room, bringing together their favorite seven siblings to defeat hordes of villains in cooperative battle.

“We are thrilled with the continued fan response and reception to The Umbrella Academy,” Way and Bá said in a statement. “Our love for these stories and characters is what makes us excited for you all to get to experience them firsthand with the Studio71 Umbrella Academy Card Game.”

Play as “Five”, “Séance”, “Space Boy”, “The Rumor”, “The Horror”, “The Kraken”, or “Vanya”, each with their own unique powers. These abilities give players a powerful strategy to follow during the game. Players take one energy bar card; the energy bar measures your energy throughout the game so that you can use special abilities. You’ll battle the deadly villains like “Carmichael”, “Dr. Terminal”, “Perseus X and Medusa”, “Hazel & Cha Cha” and many more.

Based on the number of players, shuffle and place the indicated number of villain cards in the middle of the play area, face down. Those villains will use villain attack cards to battle against the siblings. The players put forth their attacks against the villain attack cards, face down. Upon revealing the cards, the heroes and villains compare score values. The winning card being the one with the greater damage. An Umbrella Academy game would be nothing without a little dysfunction, brothers will fight, there will be confrontation, hopelessness, you might even hit rock bottom. Throughout the game, dysfunctional family cards bring the comic themes to life and affect each round. The siblings are victorious when all the villain cards are defeated, but if the villains overwhelm the siblings the world will be destroyed. This game is far beyond the ordinary so if you’re ready to save the world, this card game is for you.

RELATED: A24 Unveils The Green Knight: A Fantasy Roleplaying Game

By committing to buy the game now, fans can also receive a free holographic Umbrella Academy hero card. The second season of the well-received Netflix adaptation is set to premiere on July 31 on the streaming platform! 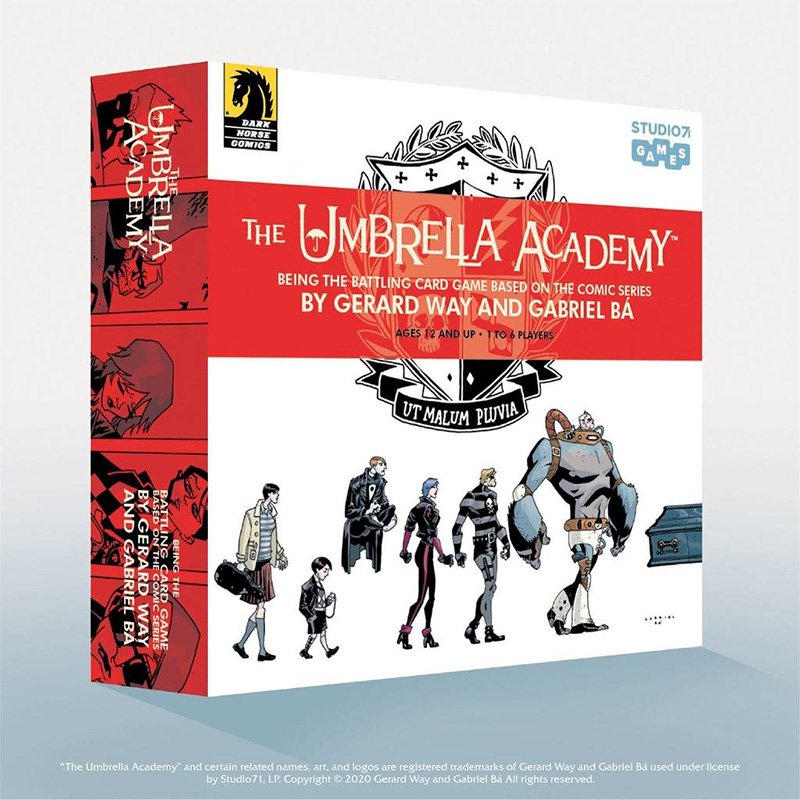