Home Sport Mullins: Players must be professional about Pearson exit 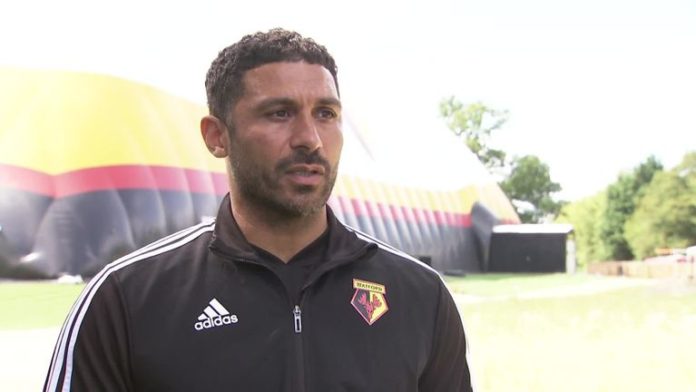 Interim head coach Hayden Mullins has called on Watford’s players to be “professional” during the last two Premier League matches.

The 41-year-old under-23s boss has stepped up to replace Nigel Pearson after he left the club on Sunday, and his first task is the visit of Manchester City on Tuesday – live on Sky Sports Premier League.

Mullins said: “One of the things we have had to deal with in the last couple of days is the manager leaving. However that has come about is something we can’t let dissuade us from our focus.

“Our focus are the last two games. We know the manager was a big part of it, but the club have made a decision and us, the players and staff, have to be professional enough to focus on the next two games.”

Mullins enjoyed his time with Pearson and learned a lot, but has not thought about his long-term future ahead of clashes with City and Arsenal this week.

“I think I said before in December when I had the caretaker role I work for the club, and at the moment I recognise where we are and what the situation is and what we need and how we need to focus,” he said.

“That is my focus at the moment. My focus is on Tuesday and preparing for the game and anything more long term I have not thought of.”

On Pearson, the Watford interim head coach said: “I really enjoyed the time we spent together. It was a good experience for myself.”

One of the highlights from Pearson’s time in charge was the 3-0 defeat of Liverpool, a rare loss for the Premier League champions. Mullins says his team can take heart from that performance as they aim to avoid relegation with two similarly-big performances.

“It’s definitely something to look at,” Mullins said. “We were excellent that day. We were fantastic. We can take a lot of positives from that. We know we’re a team that can hurt other teams.

“We just need to focus on what we want to try and do, how we’re going to do it, and go out and try and execute.

“We’ve got a lot of leaders in the group, and we need every single one of them.

“We need everyone pulling in the same direction. We need 11 leaders out on the pitch and all we need to have one common goal and that’s to get a positive result.”