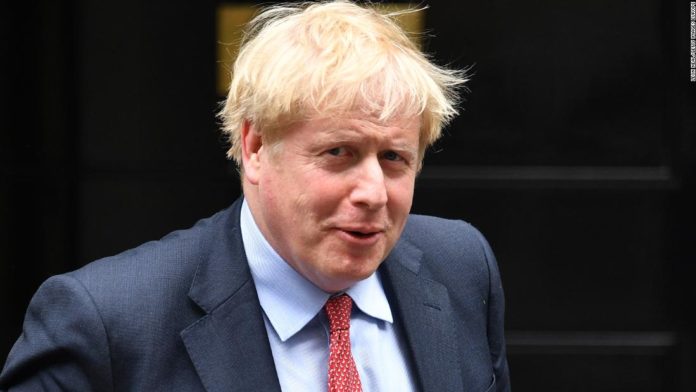 Addressing lawmakers, Foreign Secretary Dominic Raab expressed his concerns over the lack of legal and judicial safeguards for citizens living under the new national security legislation, warning Beijing that “the United Kingdom is watching. And the whole world is watching.”
“The imposition of this new national security legislation has significantly changed key assumptions underpinning our extradition treaty arrangements with Hong Kong,” Raab said in the UK Parliament Monday.
“We will not consider reactivating those arrangements unless and until there are clear and robust safeguards which are able to prevent extradition from the UK being misused under the new national security legislation,” Raab told the House of Commons.
Raab said the UK sought a “positive, constructive” and reciprocal relationship with China, but that the new security law was “a clear and serious violation of the UK-China Joint Declaration and with it a violation of China’s freely assumed international obligations.”
He said he was “particularly concerned” about articles 55 to 59 of the law, which he said gave Chinese authorities the ability to assume jurisdiction over certain cases, and to try those cases in mainland Chinese courts without legal or judicial safeguards.
As part of the British government’s new arrangements, the UK’s arms embargo on China will also be extended to the semi-autonomous city, including on lethal weapons and equipment which could be used for internal repression.
“Given the role China has now assumed for the internal security of Hong Kong and the authority it is exerting over law enforcement, the UK will extend to Hong Kong the arms embargo that we have applied to mainland China since 1999,” Raab confirmed.
“There will be no exports from the UK to Hong Kong of potentially lethal weapons, their components or ammunition. It will also mean a ban on the export of any equipment, not already banned, which might be used for internal repression,” he added.
The UK has already said it will provide a path to citizenship for up to 3 million Hong Kongers following China’s imposition of the new law, and Raab said the bespoke immigration route would be ready by early next year, with details to be announced before Parliament’s summer recess begins on Thursday.
He said he welcomed the fact that Australia, Canada and the US have taken a range of measures with respect to Hong Kong, including variously export controls and extradition, as well as measures proposed by the EU on July 13.
He said several of the UK’s international partners were also considering what offers they may be willing to make to the people of Hong Kong, following Britain’s citizenship pledge.
Prime Minister Boris Johnson said earlier in the day that the UK was changing its arrangements with Hong Kong to reflect his government’s “serious concerns” about its new security law, but called for engagement with China.
The controversial national security legislation, imposed by Beijing on Hong Kong on July 1, gives China sweeping new powers over the semi-autonomous city.
Critics say the law, which wasn’t revealed to the public until after it was passed, marks an erosion of the former British colony’s precious civil and political freedoms; the Chinese and local governments argue it’s necessary to curb unrest and uphold mainland sovereignty.
Speaking about China during a visit to a school in Kent, southeast England, the UK Prime Minister said his government had “concerns about the treatment of the Uyghur minority obviously, about the human rights abuses,” promising a “tough” yet balanced approach towards the world’s second largest economy, without abandoning the UK’s “policy of engagement.”
“China is a giant factor of geopolitics, it’s going to be a giant factor in our lives and in the lives of our children and grandchildren,” he said. “You have got to have a calibrated response and we are going to be tough on some things but also going to continue to engage.”
“There is a balance here,” Johnson added. “I’m not going to be pushed into a position of becoming a knee-jerk Sinophobe on every issue, somebody who is automatically anti-China, but we do have serious concerns.”
China’s Ministry of Foreign Affairs accused the UK of a “grave violation of international law” and “grossly interfering Chinese internal affairs,” during its regular press briefing on Monday.
“The UK’s recent faulty comments and behavior on Hong Kong disregard the fact that Hong Kong National Security Law is helping the long-term stability of ‘one country, two systems,'” said ministry spokesman Wang Wenbin, referring to the principle by which Hong Kong has retained limited democracy and civil liberties since coming under Chinese control — a principle that critics say is now under threat.
“They are in grave violation of international law as well as the basic principles of international relations, and grossly interfering Chinese internal affairs,” the spokesman said, urging the UK “to stop going further down the wrong path to avoid further jeopardizing the China-UK relationship.”
He also warned that China would “firmly fight back in response to acts that interfere in China’s domestic affairs.”