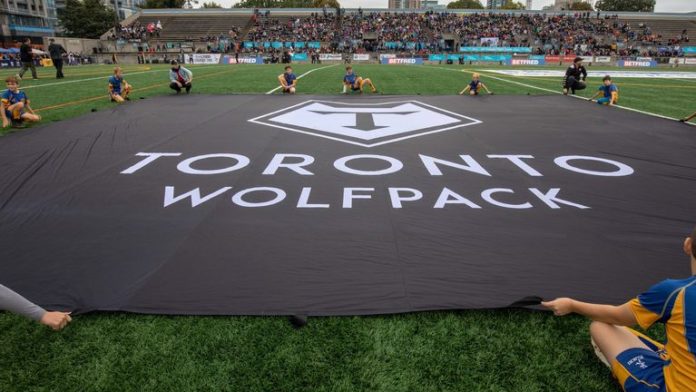 There will be no relegation from Super League this season after the Rugby Football League (RFL) announced the Championship and League 1 2020 campaigns will not resume.

Monday’s announcement came just hours after Super League side Toronto Wolfpack confirmed they would not be resuming the 2020 season, citing “financial challenges” caused by the coronavirus pandemic.

As a result of the suspensions of the Championship and League 1 seasons, there will be no promotion and relegation from either division.

Championship side Featherstone Rovers, who lost to Toronto in last season’s Championship grand final, have contacted Super League to express interest in replacing the Canadian side in the top flight.

“There will be no relegation from the 11-team Betfred Super League in 2020 – for reasons of integrity, player welfare and also to protect the solvency of clubs,” the RFL said in a statement.

“The Betfred Championship and League 1 seasons will not resume in 2020 – this follows the Government announcement last week identifying October as the earliest opportunity for the return of crowds to sport, and the finding of a survey of Betfred Championship and League 1 clubs that a majority in each competition would not support playing matches Behind Closed Doors. Again, the issue of protecting the solvency of clubs informed this decision.”

Super League released a statement welcoming the RFL’s decision, reiterating its belief that “it would be wrong” to relegate a team from the current campaign.

However, as part of the agreement, Super League clubs will contribute to a prize fund totalling £250,000 for a summer tournament held for Championship and League 1 sides.

“Betfred Super League welcomes the RFL’s decision to scrap promotion and relegation for the 2020 season,” the statement said.

“Our clubs have made their views clear for some time on both matters and maintain strongly that neither promotion nor relegation is fair or appropriate given the significant financial and operational challenges presented by COVID-19.

“Given the material compromises to the Super League schedule it would be wrong to relegate a Super League team at the end of the current campaign. That logic applies equally to promotion from the Championship.”

Toronto’s withdrawal, which came less than two weeks before the team had been set to play in the opening game of the Super League’s resumption on August 2 against Hull KR, prompted a strong reaction from the league’s board.

In both its statement responding to Toronto’s announcement, and later confirming there would be no relegation, Super League suggested the club will face “consequences” for its decision.

Championship side Featherstone remain undefeated in this season’s Betfred Championship and are due to play Wakefield Trinity in round six of the Coral Challenge Cup.

Rovers CEO Davide Longo said: “We were surprised that Toronto Wolfpack have had to make such a tough decision, every club within the sport has had to make challenging decisions this year and we share their disappointment in this difficult period.

“However, it leaves the rest of the Super League clubs with an uneven competition, disrupting the integrity of the division in 2020.

“Rovers have a squad littered with experienced players and ambitions to strengthen the squad if an opportunity presents itself. Featherstone were unbeaten going into lockdown and we feel a shot this season is worthy of our club’s efforts over recent years.”