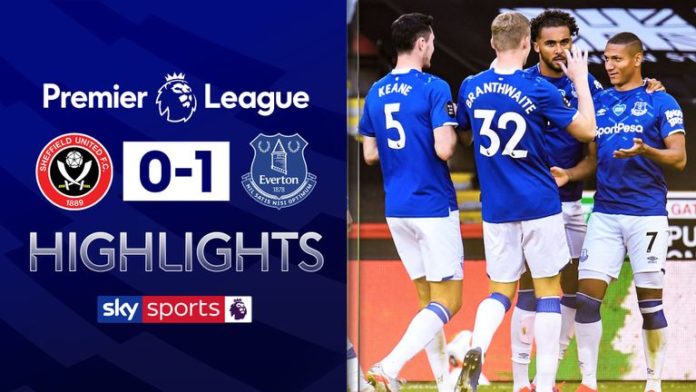 Wilder: “We have been one of the better promoted sides for a while and we aren’t one of those yo-yo clubs who have come back up with parachute payments, or one of the bigger promoted clubs. We can be proud of our achievements this year.”

Chris Wilder insists Sheffield United can be proud of their achievements this season despite their dreams of European football appearing to be over.

The Blades have been a revelation during their first Premier League campaign for 13 years. The club’s dream of European football looks to be over but Wilder’s side are guaranteed to finish in the top 10, regardless of the results in the remaining games of this final week of the season.

United concluded their home programme with a 1-0 defeat to Everton on Monday evening and, while Wilder was clearly disappointed to lose the game, he remained upbeat about the bigger picture.

“There were a lot of tired bodies and tired minds out there. We wanted to get a result but we just lacked that bit of quality that we needed in the end,” Wilder said.

“We got into decent positions, especially in the second half, and tried getting back in the game. We are disappointed with the goal, the manner of it. After a cheap foul to give away, we should have done better with the ball in.

“On reflection we have lost a game of football we felt we deserved something from and there’s nothing really in the game. And then you talk about the overall situation we found ourselves in, cemented in the top 10 in our first season back.

“We shouldn’t even be talking about a bridge too far at all. For us to be in this position in the 37th game of the season is a great achievement.”

He continued: “I’m sure people will understand that I can’t be too critical of my players and what they have given to me.

“From my point of view, and I should imagine the thousands of Sheffield United fans’ point of view, regardless of the result, if they had been here in the ground tonight I’m sure they would have shown the players the appreciation they deserve – players who have given absolutely everything.

“We have been one of the better promoted sides for a while and we aren’t one of those yo-yo clubs who have come back up with parachute payments, or one of the bigger promoted clubs. We can be proud of our achievements this year.”

FREE TO WATCH: Highlights from Everton’s win over Sheffield United in the Premier League…

The race for Europe – who will make it?

A thrilling race for Champions League and Europa League football will go to the final day. How many teams can qualify after Manchester City’s European ban was lifted and who’s in contention?

We run through the qualification permutations and assess the contenders!

What’s next for Sheffield United?

With all teams playing their final game of the season on Sunday at 4pm, Sheffield United travel to Southampton to bring down the curtain on their campaign.