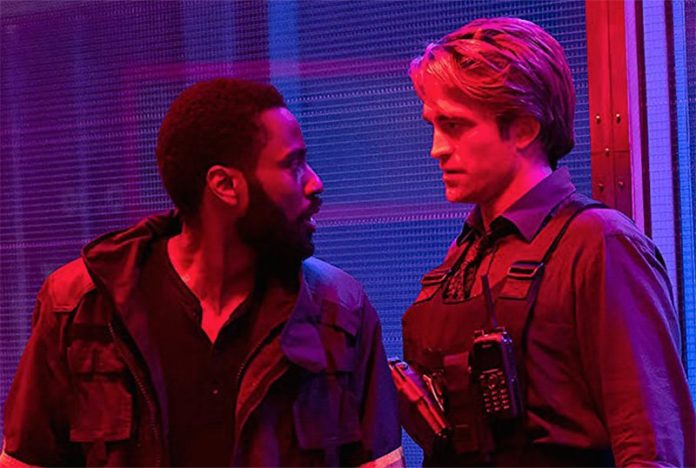 According to Deadline, Tenet has been temporarily taken off of Warner Bros.’ theatrical release schedule as major circuits remain closed due to the ongoing global pandemic. Warner Bros. revealed they are prepping Christopher Nolan’s highly-anticipated feature for an “unconventional theatrical rollout” with a new release date to be announced “imminently.”

Additionally, the studio also announced that The Conjuring 3 has been moved from its September 11 release date to June 4, 2021.

“Our goals throughout this process have been to ensure the highest odds of success for our films while also being ready to support our theater partners with new content as soon as they could safely reopen,” said Toby Emmerich, Chairman, Warner Bros. Pictures Group in a statement. “We’re grateful for the support we’ve received from exhibitors and remain steadfast in our commitment to the theatrical experience around the world. Unfortunately, the pandemic continues to proliferate, causing us to reevaluate our release dates. Amidst all this continued uncertainty, we have decided to vacate the current dates for our next two releases. We will share a new 2020 release date imminently for Tenet, Christopher Nolan’s wholly original and mind-blowing feature. We are not treating Tenet like a traditional global day-and-date release, and our upcoming marketing and distribution plans will reflect that. Additionally, we will be moving the next installment from our most-successful horror franchise, The Conjuring 3, to June 4, 2021.”

The director first made an impact in 2001 with his indie film Memento. His next film, Insomnia, was also a modest hit. but it wasn’t until Batman Begins hit theaters in 2005 that Nolan became a box office force in his own right. The Prestige was Nolan’s last movie to gross under $200 million worldwide. His other films include The Dark Knight, The Dark Knight Rises, Inception, Interstellar, and Dunkirk.

Tenet is written by Nolan and will utilize a mixture of IMAX and 70mm film, which is something he’s become famous for. Nolan is the film producer along with his partner Emma Thomas.