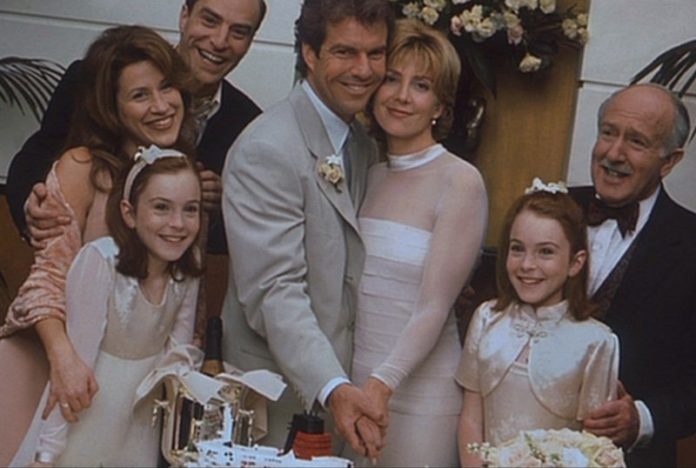 Disney’s recent efforts at remaking their classics may be hit or miss, but one of their greatest still remains as 1998’s The Parent Trap, which introduced audiences to star Lindsay Lohan, and now members of the cast and co-writer/director Nancy Meyers have reunited with Katie Couric for charity! Check out the reunion below!

Co-written by director Nancy Meyers, producer Charles Shyer and David Swift, the latter of whom wrote and directed the original, the film follows Hallie Parker and Annie James, twin sisters who were separated shortly after their birth when their parents divorced. After being reunited at summer camp and being curious about the parents they didn’t grow up with, they devise a plan to swap lives and bring their parents back together to be a happy family once again, as well as stop the marriage between their dad and his child-hating girlfriend.

Lohan leads the cast in the dual role alongside Dennis Quaid (A Dog’s Journey) and Natasha Richardson (Maid in Manhattan) as parents Nick and Liz, Elaine Hendrix (Dynasty) as the girlfriend, Lisa Ann Walter (Bruce Almighty) as Nick’s housekeeper and Simon Kunz (The Foreigner) as Liz’s butler.

The film received rave reviews from critics and audiences alike, currently maintaining an 86 percent “Certified Fresh” approval rating from critics on review aggregate Rotten Tomatoes and grossing over $92 million on its $15 million budget.