Home Sport Retired or not? 54-0 champ to fight again 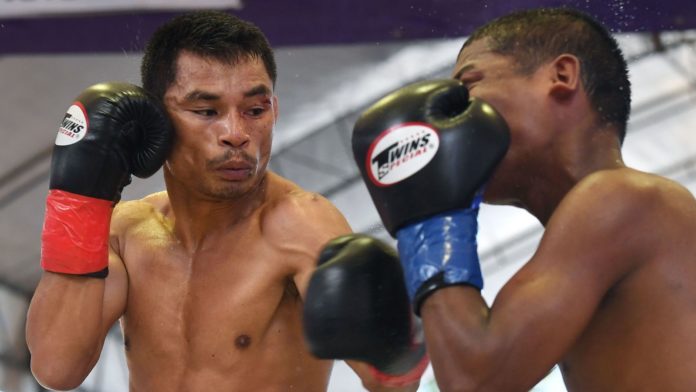 Wanheng Menayothin, the champion with a 54-0 record that surpasses Floyd Mayweather’s, will fight in the US for the first time after reversing his decision to retire, say his promoters Golden Boy.

The WBC minimumweight champion from Thailand retired surprisingly last month with a social media post that read: “No one knows my body as much as I do. Everyone needs money. But I would like to heal my body.”

But it has been confirmed that he will, in fact, fight again meaning his new promoters Golden Boy can stage his first fight outside of his home country.

Wanheng Menayothin’s record counts for something, but what exactly?

Golden Boy president Eric Gomez told Sky Sports about Menayothin’s change of heart: “It had a lot to do with the pandemic. There is a lot of uncertainty and sadness in the world.

“I think he felt frustrated with everything going on. I think he said it out of emotions.

“We have spoken to his handlers who told us it was something emotional. He saw what is going on around the world and boxing isn’t so important right now.

“But luckily they came back and said: ‘He will consider fighting again, he was just being emotional’.

“We really want to bring him to the US so people can see how talented he really is.

“Once we get a date going for him, then we’ll look at opponents. But right now? We’re just happy he isn’t retired and is fighting again.”

The most decorated fighter in boxing’s smallest weight division is named after his sponsor, a food company, and was previously known as ‘Five-Star Grilled Chicken’ for the same reason.

He has built a formidable unbeaten record, better even than Mayweather’s famous 50-0, and will risk it by fighting in the US.

“When you have a fighter like him with a remarkable record, it is very exciting,” Gomez previously told Sky Sports.

“A few years back we heard of him. He has an incredible record.”

Golden Boy’s plan for Menaython was explained: “To expose him in the US. To get him publicity in the US, because he really is a terrific fighter. He’s very, very good. The best guy in his division. He’s one of the best fighters in the world.

“The attraction of the undefeated record? People in the US will be interested to see him.”