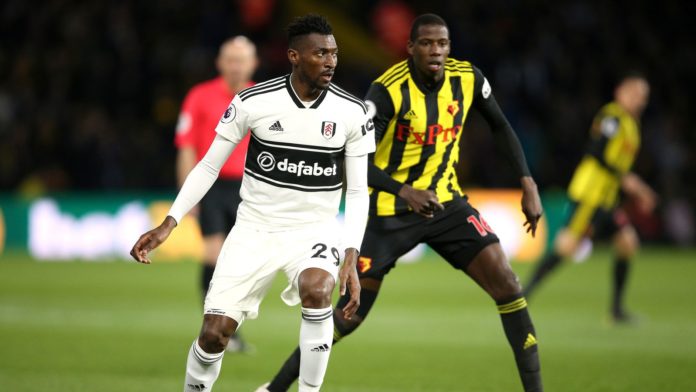 Coverage of the Championship final day is live on Sky Sports Football and Sky Sports Mix on Wednesday from 7.30pm

Anguissa, who has been on loan with Villarreal this season, joined Fulham from Marseille in August 2018. The 24-year-old has made 36 league appearances this season, scoring two goals.

His second goal of the season came in Sunday’s 4-0 win over Eibar which ensured Villarreal a spot in the Europa League next season.

Anguissa was a part of Fulham’s £100m+ spending spree in 2018 as they prepared for a return to the Premier League.

The Cameroonian was one of five players bought on deadline day alone alongside Timothy Fosu-Mensah, Joe Bryan, Sergio Rico and Luciano Vietto.

Although Fulham were relegated that season, they are aiming to return to the Premier League at the first time of asking. They are guaranteed a Championship play-off spot but could still go up automatically on the final day of the season if they beat Wigan and other results go their way.

You can follow the final day of the Championship season live on Sky Sports Football and Sky Sports Mix on Wednesday from 7.30pm.