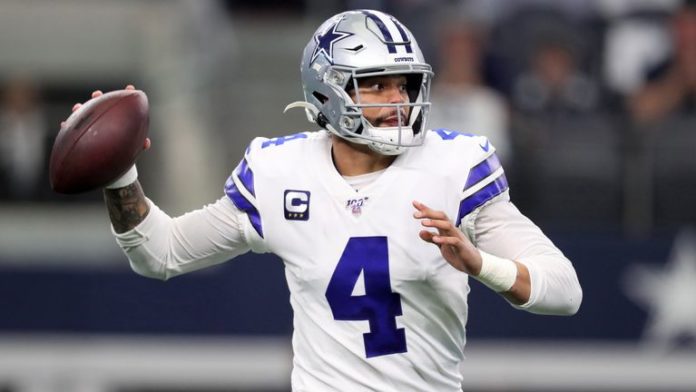 “It’s just getting a deal done really to where everybody feels comfortable. Nobody wants to go into the season and have it stopped so it’s about finding a way we can finish it all the way through and be able to keep everybody safety”

As the NFL and NFLPA work to provide some clarity regarding training camp and preseason protocols, Chris Harris Jr. remains uncertain over player safety heading into the 2020 season.

A number of players took to social media over the weekend to voice concerns over their health and safety prior to the start of camp, many citing a lack of clear measures in place to ensure players are protected amid the coronavirus pandemic.

The NFL announced on Monday players would be tested daily for the virus for at least the opening two weeks of camp, which opens to rookies, quarterbacks and injured players this week followed by veteran players next week.

While intent on stepping out to play come September, Los Angeles Chargers cornerback Harris Jr. admits he is still unsure over whether or not he feels safe.

“I’ve been around people, I’ve been training and a lot of people have been able to stay healthy. I just think if I continue to do what I’ve been doing, wearing the mask around people and doing the proper things to stay clean and stay away from getting the virus.

“Hopefully I can just continue to do that same thing because I’ll be around a lot more people especially in training camp where we’ll have 90 players usually. I’ve been around 30 people but not that many.

“It’s just getting a deal done really to where everybody feels comfortable. Nobody wants to go into the season and have it stopped so it’s about finding a way we can finish it all the way through and be able to keep everybody safe.”

Guidelines should have been in place NFL . Players are not asking for too much , Just proper Safety #WeWanttoPlay #strap

The NFLPA are said to have been persistent in their push for the cancellation of preseason games this year, with the NFL finally offering as much on Monday following further talks.

Doing so is likely to be considered a major step towards a resolution, with protocols on team travel, media and treatment response already finalised.

Daily testing at camp will meanwhile be moved to every other day if the positivity rate of the tests drops below five percent among players and Tier 1 and Tier II individuals, which includes general managers, assistant coaches, video personnel, security and other essential personnel.

“I think every team is going to be different depending on how the state is,” added Harris Jr. “The Chargers haven’t said anything yet but just to report on the 28th and we’re all kind of in limbo where you don’t really know how we’re going to do it.

“But I’m going to probably keep my family at home where I can just not put them at any risk and be able to go out there and have a clear mind and play ball the best I can.

“They just said they would be doing multiple tests, making sure we stay healthy. I think it was like only 20 players are allowed in the building at a certain time but that’s like state to state depending on what the state laws are or what they’ve got in place.

“LA, they’ve been in lockdown on curfew so it’s going to be interesting to see how they operate.”

The city of Philadelphia recently ordered that the Eagles play their 2020 home games in empty stadiums at Lincoln Financial Field.

On Monday New York appeared to follow suit as it was announced the Jets and Giants would play without fans at MetLife Stadium “until further notice”.

It’s a prospect Harris Jr. insists players will have to accept.

“It’s going to be like practice, man,” he said. “No fans but we’ll just compete. We’re just going to go out there and compete and still win the game.

“But for me, I thrive off the fans and live off that emotion and getting that adrenaline rush so it’s going to definitely be weird for me.”

The 31-year-old is no stranger to this year’s disrupted and unconventional NFL offseason, having entered the league during the 2011 lockout that ran from March 12 to July 25.

Though 2020 rookies have been afforded more access to the playbook than he was nine years ago, the former Super Bowl champion envisions a tough summer for those striving to make themselves known in a limited time frame.

“It’s definitely similar,” he said. “For me that year I didn’t get the playbook or anything so I just went into training camp and had to make the team.

“Some of these guys have been able to have the playbook the whole summer and be able to learn that so hopefully these guys are mentally ready and prepared to not make a lot of mistakes in mental areas.

“Because that’s the first thing that gets the young players out of here, is making mental errors on the field and not knowing what you’re doing.

As it stands, the 2020 season is scheduled to begin on September 10.