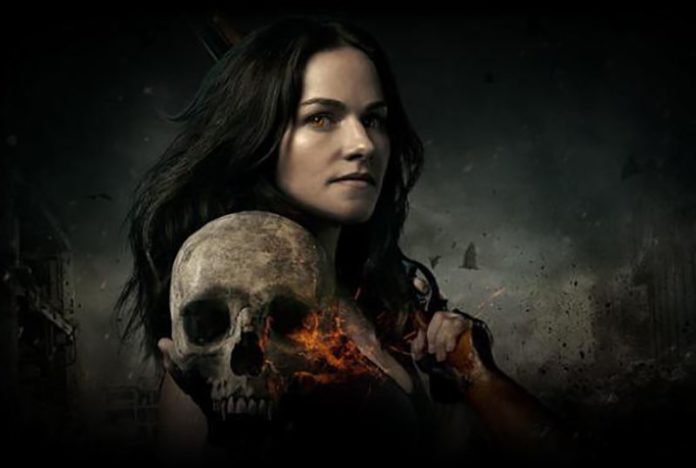 After being shut down in early March amongst the global pandemic, SYFY’s Van Helsing is heading back to Vancouver to resume production on its fifth and final season, becoming the first U.S. network series to do so, according to The Hollywood Reporter.

“We understand the herculean responsibility to be the first out of the gate and will proceed with every cast and crew members safety as our first priority,” Chad Oakes, executive producer and co-chairman of Nomadic Pictures said in a statement.

The first three episodes of the upcoming concluding chapter were shot on-location in Bratislava, Slovakia in the first two months of 2020 before the shutdown in production and the series is now in its fourth week of production, with the remaining episodes set to be shot in Kamloops, British Columbia. The NBCUniversal-owned network is reportedly still eying a fall premiere for the 13-episode final season.

After a catastrophic volcano eruption, the last remaining underground vampires rise up through a dark, ash-filled sky to overtake America. Vanessa Van Helsing (Kelly Overton, True Blood), a descendant of the legendary line of vampire hunters, awakens from a three-year coma to discover that she’s not only immune to the bloodthirsty predators – but also has the ability to make them human again. With this “cure” threatening the vampire’s existence and a target on her back, can Vanessa save humanity?

Van Helsing seasons 1-3 are currently available for streaming on Netflix.