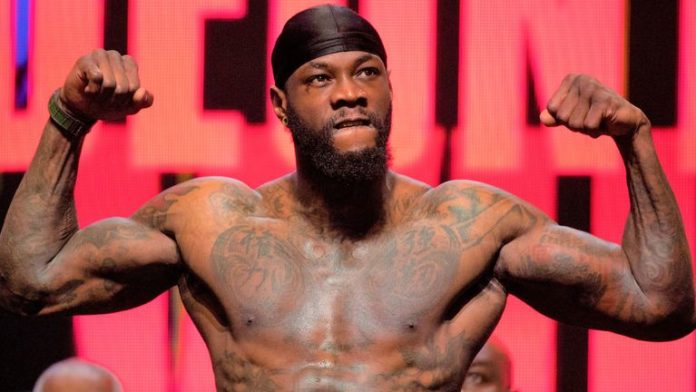 Deontay Wilder has dismissed any lingering doubts about a third fight against Tyson Fury, which means Dillian Whyte must wait until early next year for his WBC title shot.

The American heavyweight had a clause in his contract allowing him to enforce another fight following his defeat to Fury in February, and Fury’s US promoters Top Rank are targeting a possible date of December 19.

Whyte is the mandatory challenger for Fury’s WBC belt and promoter Eddie Hearn had suggested he could challenge his British rival next, if Wilder did not go ahead with a trilogy fight.

“We want Dillian Whyte to fight Tyson Fury as soon as possible, and if Wilder is not available for any reason then Dillian should step in and take that,” Hearn told Sky Sports.

The WBC appeared to open the door for Whyte to potentially face Fury instead of Wilder, with WBC president Mauricio Sulaiman saying: “It could happen if they reach an agreement, and they accept that to happen. It could happen yes.”

But Wilder’s co-manager Shelly Finkel has confirmed his fighter will gain an opportunity to reclaim the WBC belt before the end of 2020.

Fury has issued a fresh verbal challenge to Wilder in recent days, declaring on Instagram that he was “coming for” the Alabama man.

But Fury’s UK promoter Frank Warren has revealed Wilder and his team fully expect to avenge the seventh-round stoppage loss in Las Vegas.

“He feels that he can. I know speaking to Shelly Finkel his manager, he’s very, very confident. He believes he’s got the beating of Tyson. That remains to be seen.”

Asked about a finalised date and venue, Warren had said: “All we know is what the contract says, the rematch has to happen, so that’s where we are.

“When and where it happens, it will be decided I think fairly soon, because the fight will have to happen some time this year, towards the end of the year.”

Las Vegas, Macau and Australia have been named as possible locations for Fury-Wilder 3.

Whyte’s mandatory status will be at risk when he defends his WBC ‘interim’ title against Alexander Povetkin on August 22 in the finale of Matchroom’s Fight Camp, live on Sky Sports Box Office.

The Brixton man is due to receive his mandated fight for the WBC belt by February 2021.