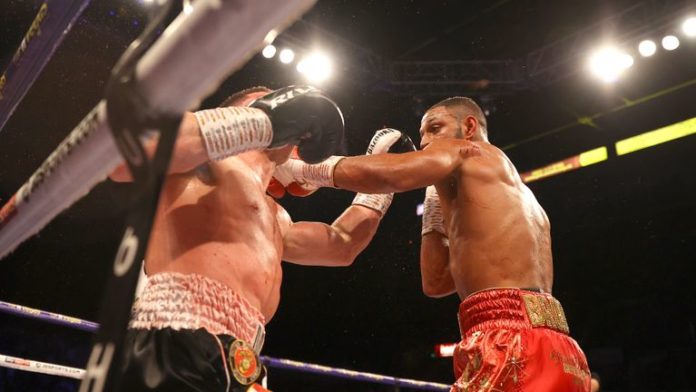 Brook: “If it’s Crawford, he’ll be defending his title, so it will be 147. Thurman, it could be a catchweight”

Kell Brook has warned Terence Crawford and Keith Thurman he is “light and ready” as he awaits news on a potential battle with one of America’s big names.

The former world champion held talks for a clash with WBO welterweight champion Crawford earlier in the year, while Thurman has also voiced his desire for a showdown against the Sheffield man in Britain.

Brook is currently training in Fuerteventura alongside Josh Taylor and Billy Joe Saunders, two British world title holders, and insists he would accept the opportunity to fight either of the US duo.

“I’m staying busy and ready,” Brook told Sky Sports. “I’m going to put myself in the best position for when things come back to normal.

“I’m very keen on fighting Crawford. I think Keith Thurman has spouted that he would love the British pound. He’d like the fight, so I’m keeping myself active in Fuerteventura with Josh Taylor, Billy Joe.

A 14-month absence from the ring was ended by Brook in explosive fashion as he stopped Mark DeLuca at super-welterweight in February.

But the 34-year-old insists he could step down a division for a clash with Crawford, or face Thurman at a catchweight.

“I’m very light. I don’t like to say what weight I am, but I’m very light, especially for me having no date,” said Brook.

“If it’s Crawford, he’ll be defending his title, so it will be 147. Thurman, it could be a catchweight. I can be ready for October, November for 147.”