Home Sport Giannis: I did have a hoop during NBA hiatus 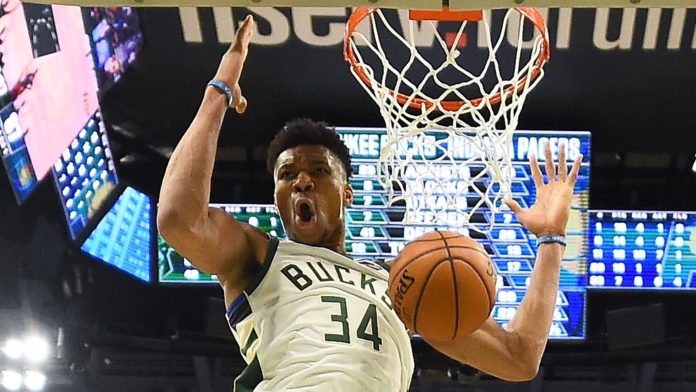 Giannis Antetokounmpo drew sympathy from some quarters when he stated during the NBA’s pandemic-created shutdown he was isolated at home without access to basketball hoop.

Turns out, the comment was a bit of gamesmanship from the Milwaukee Bucks’ star forward.

“Anybody out there that thought I didn’t have access to a gym, they don’t even know me,” Antetokounmpo said on Tuesday following the Bucks’ practice in the NBA’s bubble near Orlando. “So, I just said that to try to get a little bit ahead of the competition.”

Back in April, the 25-year-old Greece native said, “I don’t have access to hoop. A lot of NBA players have a court in their house or something, but now I just get home workouts. Ride the bike, treadmill, lift weights and pretty much stay sharp that way, but I don’t play basketball.”

Antetokounmpo is the reigning NBA Most Valuable Player, and he ranks among the favourites to be honoured again for the 2019-2020. Voting for this season’s award will take into account only play before the NBA halted action on March 11 due to the coronavirus outbreak.

Voting for MVP – and every NBA regular season award – began on Tuesday and will close on July 28, two days before the season resumes.

Regarding MVP balloting, Antetokounmpo said on Tuesday, “To be honest with you, I really haven’t thought about it. I saw it a couple days ago, that it ended. I tried not to focus on the MVP talks, who’s the MVP and all that.

“My main focus is to get better, win games, help my team play good basketball and go and try to win the big trophy. The last time we did that was 1971, so that’s my main focus right now.”

Antetokounmpo is averaging 29.6 points and 13.7 rebounds per game, both career highs, and both figures that rank No 3 in the league. He also is contributing 5.8 assists per game.

The Bucks, who own the NBA’s best record, 53-12, resume play on July 31 against the Boston Celtics, live on Sky Sports.