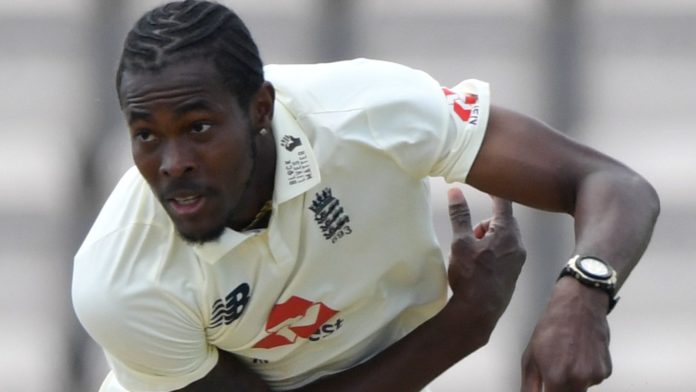 Archer reveals the mental toll of the online criticism ahead of possible return for third Test against West Indies: “I give 100 per cent every time I go out there and I don’t want to go out on the field unless I can guarantee doing that”

Jofra Archer says some of the abuse he has received on social media since breaching England’s bio-secure bubble earlier this month has been racist, and he is concerned he might not be “100 per cent mentally right” in time for the third Test against West Indies.

The England bowler is available for the series decider at Emirates Old Trafford from Friday following a five-day isolation period, during which he returned two negative coronavirus tests, after it emerged he made an unauthorised trip to his flat in Hove in between the first and second Tests.

Archer, who was subsequently fined and given a written warning by the England and Wales Cricket Board (ECB) for his transgression, describes most of the online criticism he has since received as “unnecessary noise”, adding he has unfollowed and muted a lot of social media accounts.

Writing in the Daily Mail, Archer said: “Some of the abuse I have taken over the past few days on Instagram has been racist and I have decided that enough is enough.

“I have forwarded on my complaints to the ECB and that will go through the correct process.”

He added: “This whole week has been extremely tough and to spend five days in isolation has given me a lot of thinking time on where I am at.

“I give 100 per cent every time I go out there and I don’t want to go out on the field unless I can guarantee doing that.”

The 25-year-old wrote he had apologised to his team-mates and thanked them for their support, while singling out Ben Stokes for praise.

“I spoke briefly to the doctor about how I’m feeling and also to Ben Stokes on Monday night,” Archer said.

“Ben tried to advise me on how to deal with being in the spotlight of international sport. He vowed to back me and support me.

“Now, I need to be 100 per cent mentally right so that I can throw myself into my cricket this week.”

Archer believes the varying reactions between his first and second innings performances in the first Test at the Ageas Bowl in Southampton, had shown him how “fickle” professional sport can be.

“I know what I did was an error of judgement and I have suffered the consequences of that. I haven’t committed a crime and I want to start feeling myself again.”

Sky Sports News has contacted the ECB for a comment.

Watch the series decider between England and West Indies, at Emirates Old Trafford, live on Sky Sports Cricket from 10.30am on Friday.