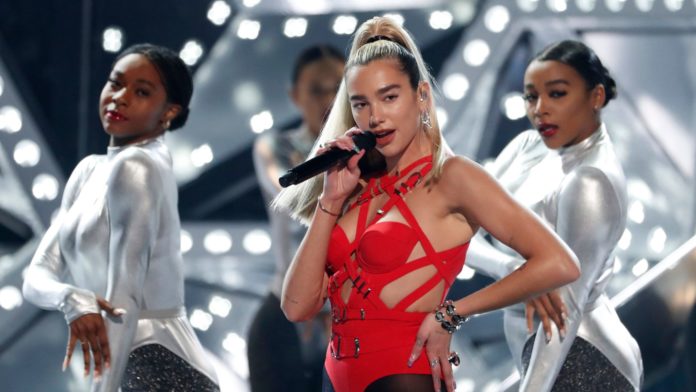 Singer Dua Lipa has said she never intended to “incite any hate” after she was criticised for tweeting an image associated with Albanian nationalism.

The British pop star, 24, shared a map appearing to show Albania, Kosovo and parts of neighbouring Balkan countries as one nation, with a caption suggesting Albanians are indigenous to the area.

Her caption said: “au-toch-tho-nous adjective (of an inhabitant of a place) indigenous rather than descended from migrants or colonists.”

The image is often associated with supporters of Albanian nationalism who aim to create a Greater Albania by unifying the lands around Kosovo that some Albanians consider to form their national homeland.

Grammy-winner Lipa was born in London to Kosovo Albanian parents and spent some of her childhood in Kosovo.

After her post caused a backlash, with many accusing her of favouring Albanian expansionism into Kosovo, Lipa tried to clarify her comments and accused critics of purposely misinterpreting the post.

“It makes me sad and angry that my post has been wilfully misinterpreted by some groups and individuals who promote ethnic separatism, something I completely reject.”

She said whenever she posts about Kosovo her “feed goes crazy” regardless of what she says, and is met with “fierce resistance to the idea of an authentic Kosovan culture”.

“We all deserve to be proud of our ethnicity and where we are from,” she added.

“I simply want my country to be represented on a map and to be able to speak with pride and joy about my Albanian roots and my mother country.

“I encourage everyone to embrace their heritage and to listen and learn from each other.

“Peace, love and respect to all.”

The same map prompted open brawls at a football match in 2014 between Albania and Serbia after a drone carrying it appeared above the stadium.

Kosovo declared independence from Serbia in 2008 and is recognised by the US and most European governments, but not by Serbia and its main allies, including Russia.

Albanian nationalists claim their people settled in the region long before the Serbs, but many Serbs reject this.

Lipa’s post came after Rita Ora, who is also Kosovo Albanian, tweeted in support of the country appearing on Apple Maps.

She wrote: “Would love to see @Apple spreading awareness by putting Kosovo on the map! Albania and Kosovo are full of so much beautiful and great talent.”

A petition was recently launched calling for Apple Maps to show Kosovo as an independent nation and has garnered more than 131,000 signatures.