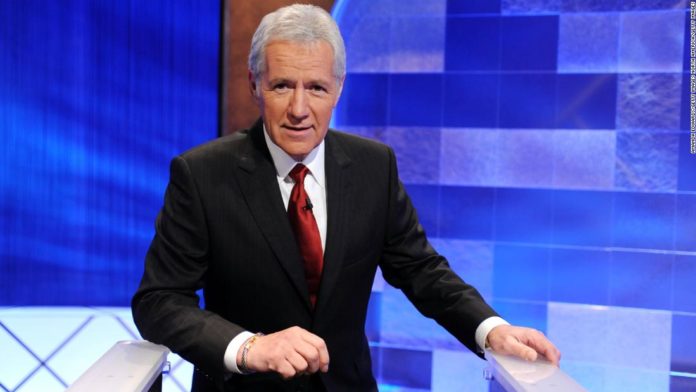 Trebek, 80, has not yet announced any plans to retire from hosting the longtime game show he has helmed since 1984.
However, the “Jeopardy!” host was diagnosed with Stage 4 pancreatic cancer last year, and his future on the show is unknown. Trebek did tell “Good Morning America” that he will do the job as long as he is capable.
“I’m doing well,” Trebek said in a video posted to the show’s official Twitter account regarding his health. “I’ve been continuing my treatment and it is paying off, though it does fatigue me a great deal. My numbers are good. I’m feeling great.”
There is a five-year survival rate of 9% for pancreatic cancer across all stages on average, according to the American Cancer Society.
“I joke with the audience all the time and I say, ‘Betty White,’ because they want somebody younger, somebody funnier,” Trebek said while speaking to “Good Morning America.”
Trebek said that he and White, 98, have long been friends.
Trebek has hosted more than 7,500 episodes of “Jeopardy!” He has been nominated for 34 Daytime Emmy Awards, winning seven of them. His last Daytime Emmy Award came last month for Outstanding Game Show Host.
Trebek recently published a memoir, “The Answer Is…: Reflections on My Life.”
CNN reached out to Trebek’s representatives for comment but has not heard back.
Correction: An earlier version of this story had the wrong age for Alex Trebek. He’s 80.

CNN’s Alicia Lee and Sandra Gonzalez contributed to this report.