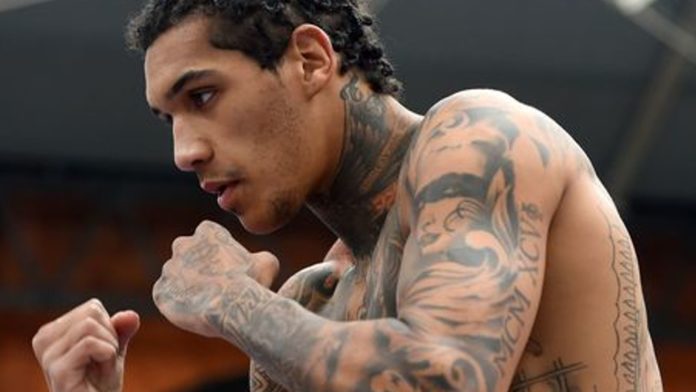 Benn: “They [Mayweather tips] may help him for the first six rounds, but then when it gets past six, I’ll kick straight into gear”

Conor Benn says Floyd Mayweather’s expert advice will not spare Ashley Theophane from a crushing defeat if they share the ring in the future.

The exciting welterweight prospect remains open to a future fight with Theophane, despite being unable to agree terms for a summer showdown with the 39-year-old, a former member of Mayweather’s ‘Money Team’.

Theophane received guidance from Mayweather after basing his career in the USA for a five-year spell, but Benn believes he has a brutal answer to any trademark defensive skills that were passed on by the American star.

When the opportunity presents itself I’ll be more than ready. We dont get Ready… We Stay Ready!! pic.twitter.com/kAoIUOyYrd

“They [Mayweather tips] may help him for the first six rounds, but then when it gets past six, I’ll kick straight into gear,” Benn told Sky Sports.

“When push comes to the shove, I know I can take it and I know I can give it, so it don’t really bother me. I’ll rise to the occasion.”

In 58 fights, Theophane has claimed the British title and also shared the ring with world champions such as Danny Garcia and Adrien Broner, earning the respect of Benn.

“I rate him as a fighter,” said the unbeaten 23-year-old. “He’s an experienced, seasoned pro.

“It would be a hard fight, a hard night’s work, but I fancy my chances. I just think I’ll be too explosive. If we stood there in the middle, I’d get four shots off before he even knows it.

“Is it too soon for me, or is he way past it? The difference between Theophane and all these other bods calling me out is he’s got good credentials, and credentials that I want to take.

“You get in the ring and you fight these fighters, you’re not only just fighting them and beating them, you’re gaining knowledge and experience.”

Benn’s immediate priority is a battle with Welshman Chris Jenkins for the British and Commonwealth belts, which would allow him to surpass the achievements of his father Nigel.

“We’re hoping the board sanction me and Chris Jenkins. I’m mandatory,” said Benn.