Home Sport Club doctor: We must have final say on concussions 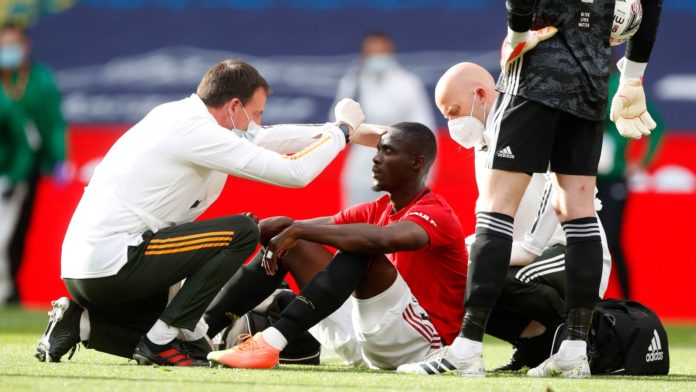 Bryan English, who works for Middlesbrough, calls for a 10-minute private assessment period for head injuries

Team medics have allowed potentially concussed players to stay on the pitch because they fear being confronted by a coach, according to a Championship club doctor.

Bryan English, who works for Middlesbrough, says club doctors must have the final say on the use of concussion substitutes and has backed calls for a 10-minute assessment period for head injuries instead of the current three minutes.

He argues these should take place in private to avoid coaches placing undue influence on medical staff, something he is aware has happened in the past.

“We are here to protect players’ lives,” English said.

“I have seen cases where doctors let a player carry on because maybe they lack the courage to confront the manager that the player has to come off.

“I have said to doctors, if that is the case [that they face intimidation] you have to dismiss the coach’s opinion. You have to look after the player first and foremost.

“If you take the player off and he recovers and is fine, but you lose the game, then the doctor will only get criticised by the player, the manager and the directors.

“In those situations the 10-minute rule may also help as long as the assessment can be done in private.”

A variety of new concussion protocols are set to be trialled in competitions around the world next season, and were due to be piloted at the Olympic Games football tournament this summer until the event was postponed by 12 months due to the coronavirus pandemic.

The Football Association and the Premier League are keen to be involved in any trials, but FA chief executive Mark Bullingham says his organisation favours the continuation of the three-minute assessment period and to allow teams to introduce a permanent concussion substitute.

World players’ union FIFPRO has advocated for a 10-minute assessment period and the use of a temporary substitution while that takes place, with the substitute staying on if the player with suspected concussion is deemed unfit to continue.

“Making a decision on the pitch is a high pressure situation,” English, who was working at Chelsea when goalkeeper Petr Cech suffered a serious head injury in 2006, added in an interview published on the FIFPRO website.

“I know that these moments are not easy but the doctor has to do what is right medically. No matter what decision you make as a doctor someone will be unhappy and probably voice that opinion to the media.”

Earlier this week, brain injury charity Headway called on football to speed up the tightening of its concussion protocols in the wake of an injury to Manchester United defender Eric Bailly.

While Headway praised the medical treatment Bailly received, its chief executive Peter McCabe criticised the sport’s administrators for not acting quickly enough to tackle the issue.

“If concussion substitutes were an option, the player could have been assessed in an appropriate environment off the pitch for an extended period of time, thus reducing the risk of a second, more serious head injury,” he said.

“For some time, we have been campaigning for the introduction of concussion substitutes. FIFA introduced the new rule to allow for five substitutes to be used as the football programme was restarted post-lockdown very quickly.

“It is therefore hard to understand why a similar change cannot be made regarding concussion substitutes without delay in order to safeguard players’ health.”