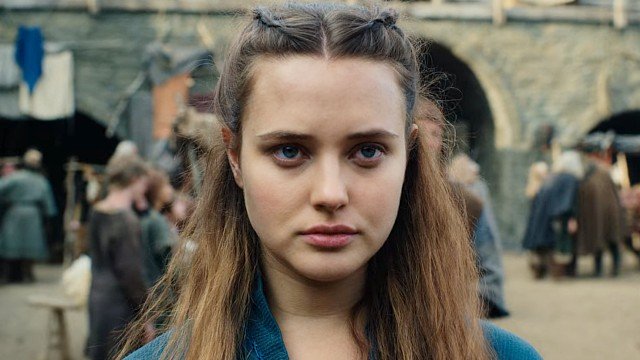 Netflix’s Cursed brings a fresh take of the Arthurian legend, courtesy of Frank Miller. The show centers on a teenage heroine, Nimue, the Fey sorceress that will be known as the Lady of the Lake. In Cursed Season 1 Episode 1, Nimue met a mercenary named Arthur, and in Cursed Season 1 Episode 2, the Weeping Monk tracked her as she searched for Merlin.

Growing up in the Fey village of Dewdenn, Nimue was considered an outcast and a witch, despite her mother Lenore’s rank as high priestess. As a child, a demonic bear lured her into the woods using the voice of her friend, Pym. It attempted to eat her, and after scratching her deeply on her back, she called to Lenore. She woke but knew she was too far to get to Nimue in time so Lenore telepathically urged Nimue to call to the Hidden for help. A rock dislodged from above the bear and killed it. When Lenore brought the injured Nimue back, she urged the Fey priests to help, including her husband, but they worried that the child had been touched by evil. Lenore cared for Nimue herself.

After the Hidden chose Nimue as Summoner during the Offering, she decided to leave Dewdenn on a ship, and Pym found and joined her. Unfortunately, the ship had left early, but they met Arthur, a singing man traveling with knights. Nimue found herself in a dangerous dice game. She used her powers to win, despite the dice being loaded. In anger, the knight attracted the Red Paladins. Arthur helped them escape and warned them about the Paladins’ burning Fey villages. The next morning, Nimue and Pym left Arthur behind, but they came across Dewdenn as the Paladins were sacking it. 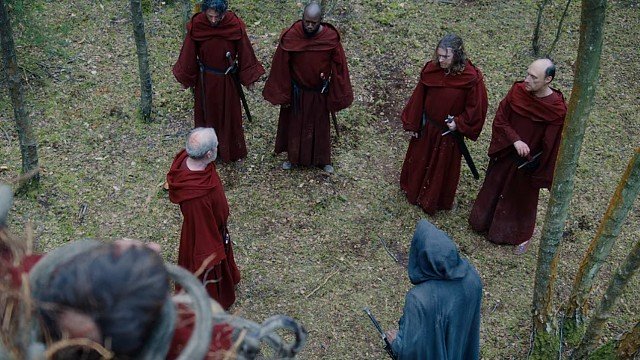 In Dewdenn, a Moon Wing girl warned Lenore and the Fey about the deaths and the burning of her forest home. She spoke of the the Weeping Monk, named for the scars on his face.

Nimue found Lenore during the sacking. A Paladin discovered them, and Lenore charged Nimue with a mission to bring a large sword to Merlin. The Paladin killed Lenore, and Nimue ran right into a dangerous pack of wolves. Using the sword, she killed them all while perched on a large stone platform. Upon discovering the dead wolves and a strung up Paladin, Father Carden charged the Weeping Monk and the Paladins with finding the “Wolf-Blood Witch” and her sword and with killing all the Fey. The Weeping Monk found Squirrel, a Fey boy who Nimue urged to hide, and used him as bait to kill the Fey that had escaped. 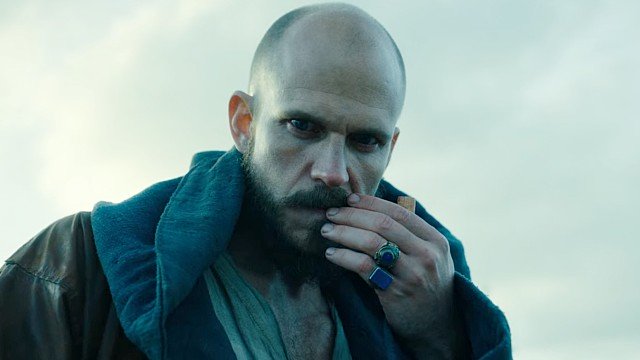 Uther Pendragon allowed the Red Paladins’ attacks to go on as the people were blaming the Fey for the recent drought instead of him. He ordered Merlin to make it rain. It rained, but what fell on the castle was blood. As Nimue took possession of the sword, an image of a sword emblazoned itself on Merlin’s body. Angry about the blood rain, Uther ordered the knights to break down Merlin’s door, but he had escaped. He found the remains of Dewdenn, and the Widow visited him. She told Merlin that the sword was finding its way to him. We saw Arthur, who had found Nimue, taking the sword as she slept.

What did you think of these episodes of Cursed? Let us know in the comment section below! 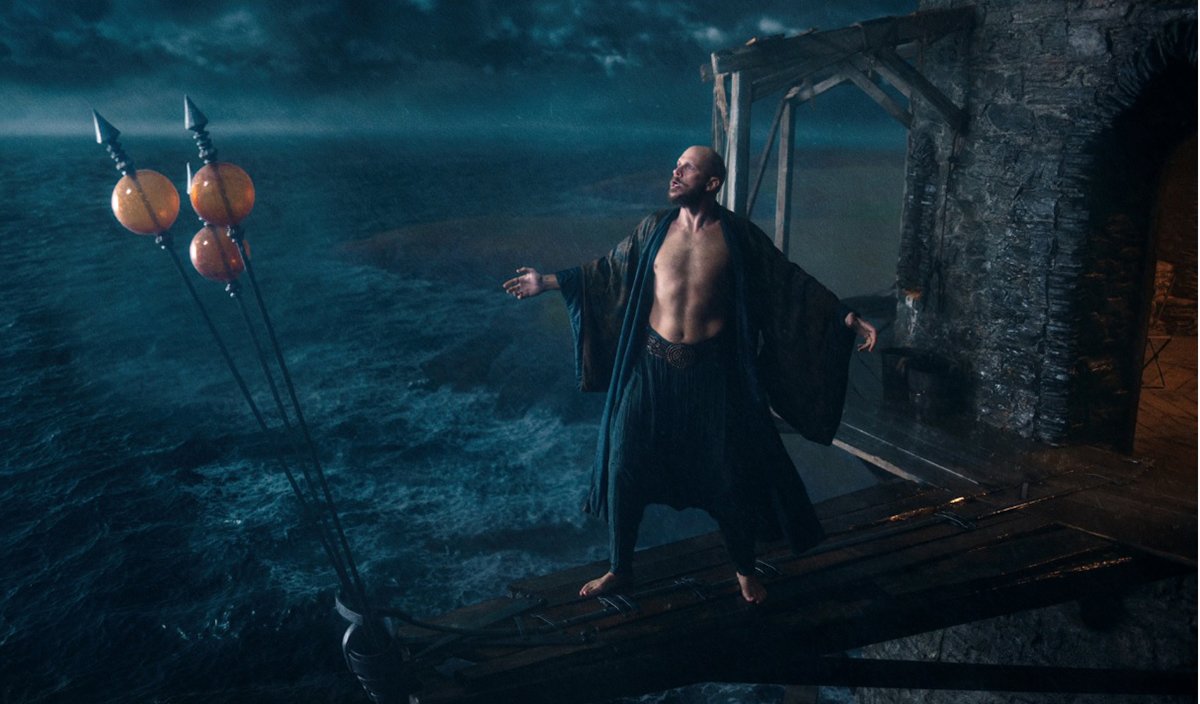