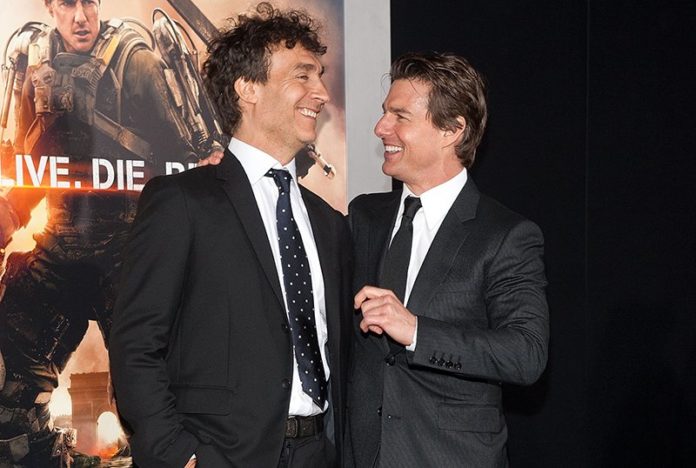 Though the Dark Universe may have crumbled around him at the major studio, Universal Pictures and Tom Cruise (Mission: Impossible — Fallout) may reunite once again for the upcoming space-shot project set to be helmed by Doug Liman (Edge of Tomorrow), according to The Hollywood Reporter.

Though no deal is currently in place yet, sources are reporting that Universal is circling the project and is in talks to acquire the groundbreaking film that will be the first narrative feature to be shot in outer space. It’s unclear at this point if the film aboard the International Space Station is connected to the project Cruise is working on with SpaceX, but given Musk replied to Bridenstine’s tweet by saying “Should be a lot of fun!,” all signs point to the two science organizations working together on the movie. The film announced on Monday with SpaceX is set to be the first narrative feature shot in outer space and is reportedly not attached to Cruise’s long-running hit franchise Mission: Impossible.

Both Cruise and Liman are busy wrapping other projects at the moment. Cruise is waiting to get back to work with Christopher McQuarrie on Mission: Impossible 7, which was shut down due to the coronavirus; and has the recently completed Top Gun: Maverick waiting in the wings. Liman is in postproduction on Chaos Walking, starring Daisy Ridley and Tom Holland. Cruise and Liman were also working on a separate project together titled Luna Park for Paramount Pictures.

Cruise has become notorious in Hollywood for his meticulous nature of doing almost exclusively his own stunts, rivaling Jackie Chan (The Foreigner) for the heights and extremes he will go to deliver pulse-pounding set pieces throughout his various blockbuster films. While the first Mission: Impossible was a generally tame effort for stunts, Cruise has taken it bigger with each follow-up, beginning with the no-wire climb in Mission: Impossible 2 in Utah’s Dead Horse Point State Park and continuing with the Shanghai skyscraper run in 3, scaling the Dubai skyscraper the Burj Khalifa and executing stunts 123 floors up in Ghost Protocol.

The most notorious came in the sixth and most acclaimed installment in the Mission: Impossible franchise, Fallout, which saw him hang from a helicopter in flight and scale a hanging payload, followed by flying the chopper itself around the Siachen Glacier and conducting a real High Altitude Low Opening (HALO) jump. He also leaped between multiple rooftops for a foot chase sequence, which resulted in him infamously breaking his ankle and forcing production to halt on the film for two months.