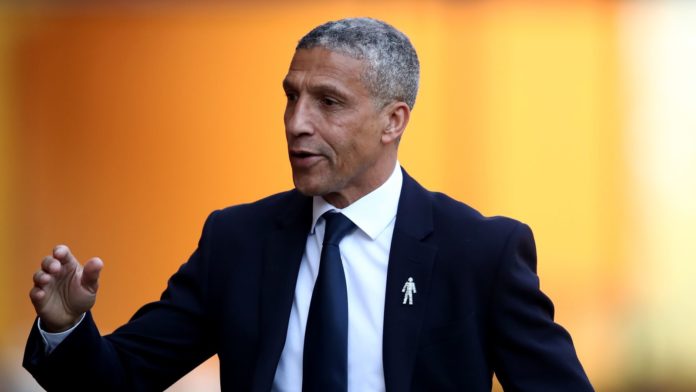 Hughton guided Brighton to promotion to the Premier League in 2017

Chris Hughton is in talks over the vacant manager’s job at Championship side Bristol City.

Sky Sports News revealed earlier this month that the former Brighton and Norwich boss had expressed an interest in taking over at Ashton Gate, following the club’s decision to sack Lee Johnson.

Hughton, who has been out of work since his sacking by Brighton in May 2019, is said to be excited by the new role, believing that – with the right backing – the squad has the potential to win promotion to the Premier League.

Johnson was relieved of his duties in July following four consecutive defeats for the Robins at the beginning of the season’s restart.

Having earlier challenged for a play-off spot, the club won just two of their last 14 matches and dropped to 12th in the table.

Hughton has spent the last 14 months waiting for the right opportunity to return to football, having turned down five job offers from clubs in the Championship in that time.

The ex-Tottenham player and coach has great experience in the Championship, having previously guided both Newcastle and Brighton into the top flight.

Former Liverpool striker Robbie Fowler, who recently left Australian A-League side Brisbane Roar, revealed he had applied for the Bristol City job, as well as for the vacant head coach position at Birmingham City.