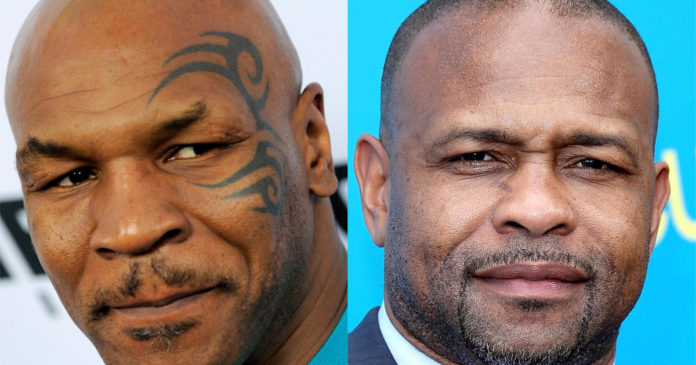 Two boxing legends will return to the ring this year and square off in an exhibition fight. Mike Tyson, 54, will face Roy Jones Jr., 51, on September 12, CBS Sports reports. The heavyweights will fight with oversized gloves with the intent to not score a knockout.

Tyson teased the pay-per-view fight Thursday on social media. “I. AM. BACK,” he captioned a video of him as he was training. Tyson has previously teased a return to the sport, according to CBS Sports.

The former undisputed heavyweight champion of the world last fought in June 2005, retiring after refusing to continue after the sixth round of a fight with Kevin McBride, CBS Sports reports.

Jones, who defeated John Ruiz to become heavyweight champion of the world in 2003, last fought in 2018. Jones first began his career at 154 pounds and won titles at middleweight, super middleweight and light heavyweight, before moving into heavyweight, according to CBS Sports.

The boxers’ eight-round exhibition match will take place in Los Angeles, the California State Athletic Commission (CSAC) said in a statement. “In this match, the referee will have the authority to stop the fight if it strays outside the boundaries of a competitive boxing exhibition,” the statement read. “Mr. Tyson and Mr. Jones Jr. will have to submit all CSAC medical tests for fighters over 40 as well as CSAC’s emergency regulations that have been put in place to slow the spread of COVID-19.”

On Jones’ Instagram, the boxer shared a video that appeared to show himself and Tyson signing their CSAC paperwork to make the fight official. In another post, Jones shared a poster advertising the fight. “I am happy that this fight between me and Mike Tyson will happen!” he wrote. “I was always ready and will be ready this time as well. I want all my fans to support me and tune in. It’s gonna be epic.”

The pandemic halted many sports seasons, but several leagues adopted a “bubble” method where athletes were separated from the outside world and monitored for COVID-19. A bubble was created for boxing in Las Vegas, and now, the calendar is filling up with fights, CBS Sports reports.