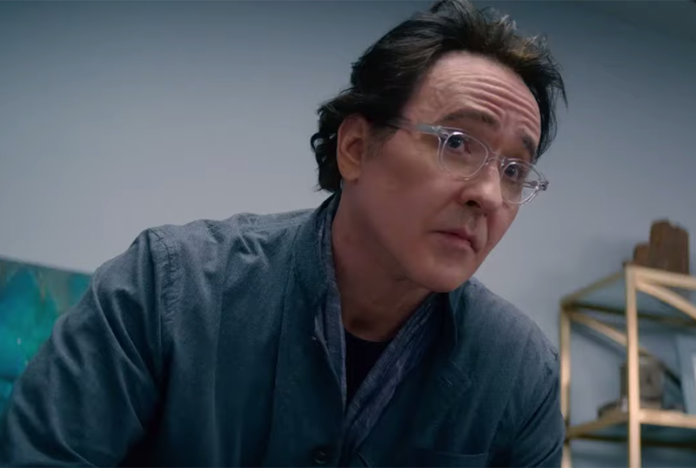 Amazon has debuted the first trailer for the upcoming Gillian Flynn-created adaptation of the British dark comedy conspiracy thriller Utopia, teasing that something is definitely not right about this world. The trailer can be viewed in the player below!

Utopia, based on the British series of the same name written by Dennis Kelly, focuses on a group of young adults who meet online and are mercilessly hunted by a shadowy deep state organization after they come into possession of a near-mythical cult underground graphic novel. They discover the conspiracy theories in the comic’s pages may actually be real and forced into the dangerous, unique, and ironic position of saving the world.

The cast for the series features an ensemble roster that includes John Cusack (1408), Jessica Rothe (Happy Death Day), Rainn Wilson (The Office), Dan Byrd (Cougar Town), Cory Michael Smith (Gotham) and Sasha Lane (Hellboy). For Cusack, Utopia will serve as his first starring gig in a TV series after a lucrative big screen career that featured such hits as Say Anything, Grosse Pointe Blank, Being John Malkovich and High Fidelity.

The series is a co-production between Endemol Shine North America and Kudos, an Endemol Shine Group UK production studio, and Amazon Studios. Utopia will be available exclusively on Prime Video in more than 200 countries and territories beginning this fall!