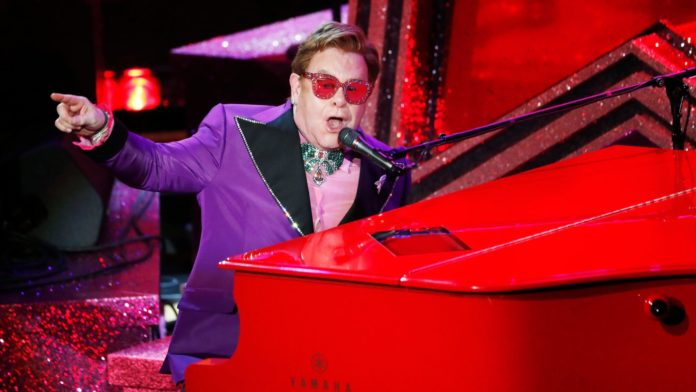 Sir Elton John’s ex-wife is suing him for £3m over claims he broke a legal agreement not to talk about their marriage.

Renate Blauel’s four-year marriage to the star was referenced in Sir Elton’s 2019 memoir Me and the hit movie Rocketman, as well as an Instagram post.

Ms Blauel, a sound engineer, alleges that these broke an agreement the pair made when they divorced in 1988, and had caused her to suffer mental health problems.

In papers filed to the High Court, Ms Blauel’s legal team said she had changed her name and appearance in an attempt to “shed her identity” and keep out of the public eye.

Her claim reads: “As a result of the above breaches, [her] right to privacy and autonomy have been shattered.

“She, and the marriage, have become the subject of widespread press scrutiny and discussion.”

She also claimed that she was upset by a passage in Sir Elton’s memoir which said he did not wish to have children with her. Ms Blauel said the pair had attempted to conceive.

In response, the Tiny Dancer hitmaker’s legal team denied the agreement had been breached, arguing that the details were already public knowledge.

They said the contract “applies only to private and confidential matters”.

In the film Rocketman, the marriage takes up less than five minutes of screen time and shows the pair on their wedding day as well as sleeping in separate bedrooms.

Sir Elton’s team said the wedding, which was attended by several celebrities, was widely covered at the time and was a matter of public record.

They also noted that Sir Elton’s homosexuality was no longer private, and therefore the scenes would be understood by the audience as a portrayal of a gay man in a heterosexual marriage.

“The fact that the defendant is gay is now very widely known; it may be one of the most widely-known facts in the world of entertainment,” the singer’s defence reads.

Ms Blauel’s claim also referenced parts of Sir Elton’s memoir Me, in which he wrote about his decision to propose, the couple’s wedding, and references their divorce.

She alleges there were obvious breaches of their agreement and that the star knew it would impact her “jealously guarded” privacy.

In the claim, she said she had received renewed attention which was “destroying her privacy and causing her to suffer severe psychological consequences”.

Sir Elton’s legal team said the singer was unaware of any mental health issues she had.

A source close to Sir Elton said: “Elton is shocked and saddened by Renate’s claim after 30 years of a mutually amicable and respectful divorce, especially as he has only ever praised her publicly.”

His legal team added that the pair had kept up friendly correspondence over the years and no mental illness had ever been discussed.