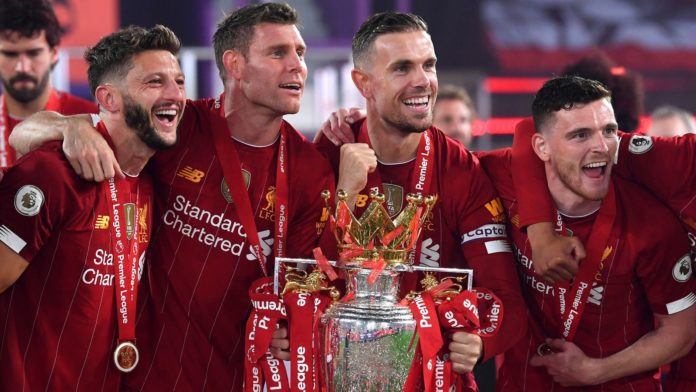 Catch up with the latest from the penultimate gameweek in the Premier League Review podcast, including Liverpool’s title lift and the latest on Kai Havertz to Chelsea.

Jasper Taylor and Gerard Brand take a look back at the last round of games ahead of a big final weekend of action, with eight games set to be shown live on Sky Sports.

Vinny O’Connor joins the podcast to discuss how Liverpool can improve next season after the Reds finally lifted the Premier League trophy on Wednesday evening, coming after a thrilling 5-3 win against Chelsea.

Havertz also remains the hot transfer topic, with Chelsea in talks with Bayer Leverkusen over a £70m deal to sign the midfielder. Sky Sports News reporter Kaveh Solhekol provides the latest on the deal while Charlotte Marsh offers an insight into what kind of player Havertz is and where he could fit at Stamford Bridge.

Watford lost 4-0 to Manchester City on Tuesday to keep them deep in relegation trouble after an unprecedented third managerial sacking of the season. Rob Dorsett has the latest on Nigel Pearson’s departure.

Away from the Premier League, it was a thrilling end to the Championship season on Wednesday with Leeds and West Brom promoted to the top flight. Simeon Gholam discusses how both teams could fare on their return to the Premier League next season.

Click play above to listen to the latest Premier League Review podcast and keep across all the action from the final day on Sunday with Sky Sports showing eight live games.