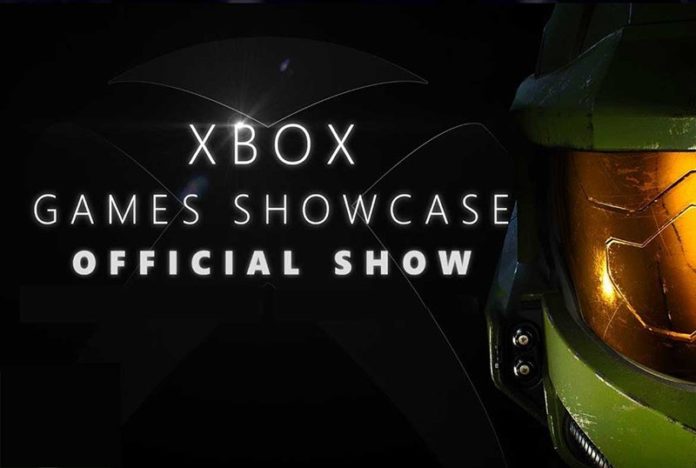 Today’s Xbox Games Showcase brought not only the exciting arrival of the first gameplay trailer for the campaign of Halo Infinite, but also the announcement of a number of major titles including a new Fable game, Obsidian’s Grounded and more and we’ve rounded all of them up here! Check out all of the thrilling trailers below!

The game’s story focuses on the efforts of the London branch of hacker group DedSec in combating a dystopian surveillance state that has taken control of the United Kingdom, thanks to the advanced surveillance system known as ctOS. To assist in this, DedSec recruits allies from across London in order to liberate the city as a resistance force. Each character in the game will have their own background and skillset and provide a more dynamic influence on the game’s narrative as the story progresses. It features the ability to control multiple characters that can be recruited across the game’s setting and who can be permanently lost during the course of a playthrough, as well as feature a cooperative multiplayer that will allow up to four players to work together.

Set in a small town plagued by supernatural events, Echo Generation stars a group of kids who try to get to the bottom of what’s happening. Throughout your journey, you’ll go on a variety of quests and take on some terrifying-looking monsters in turn-based battles, which will award you experience points to increase your level.

Hello Neighbor 2 is the sequel to the popular stealth horror game about sneaking into your creepy neighbor’s house. You play as a local journalist investigating missing persons reports when you follow a series of clues leading you back to the abandoned house of The Neighbor. Only problem is, it’s occupied by a mysterious crow-like being. The only logical thing to do is break in. Welcome back to Raven Brooks.

The curtains have been lifted unveiling the all-new 3D action platformer created by the legendary creators Yuji Naka and Naoto Ohshima. Twelve different tales await players in the bizarre and imaginary land of Wonderworld. As the star of the show you can use powers from 80 different costumes while exploring labyrinth stages, filled with a myriad of tricks and traps to get to the heart of each story. As you journey through this land between fantasy and reality, you must find a way to bring balance to others and yourself.

Story details are unknown at this time, but the third installment in the hit zombie survival franchise will see players continue their fight against the undead as what appears to be a black female protagonist. The title will be available on day one to those with an Xbox Games Pass subscription.

Details are currently unknown for the eighth title in the hit racing game franchise, but Turn 10 Studios is developing the title exclusively for Microsoft’s upcoming console.

Introducing Everwild, a brand new IP from Rare. Unique and unforgettable experiences await in a natural and magical world.

Experience chapter one of Tell Me Why, the latest narrative experience from DONTNOD Entertainment, the studio behind Life is Strange. Play as twins Alyson and Tyler as they use their special bond to unravel the mysteries of their loving but troubled childhood. Set in beautiful Alaska, Tell Me Why features true-to-life characters, mature themes and gripping choices. And with Xbox Game Pass Ultimate, you can enjoy unlimited access to over 100 great games on Xbox One and PC, including all the new Xbox Game Studios games the day they launch.

Grounded is a survival game that can be played either in first-person or a third-person. In the game, the size of the protagonist is shrunk to the size of an ant and must strive to survive in a backyard. In the game, the player character needs to consume an adequate amount of food and water, or they will lose health due to starvation or dehydration respectively. The backyard is filled with various bugs and insects, including spiders, bees, dust mites, mantis and ladybugs. Set in the 1990s, the story follows a group of teenagers who must unravel the mystery behind why they have been shrunk to the size of an ant.

Details are unknown on the title, but it will mark a new beginning for the action RPG franchise that will see players once again get to explore a land of fantastical creatures and wondrous places.

Discover a dark mystery only a medium can solve. Explore the real world and the spirit world at the same time. Use your psychic abilities to solve puzzles spanning both worlds, uncover deeply disturbing secrets, and survive encounters with The Maw – a monster born from an unspeakable tragedy.

From the creators of SteamWorld, embark on an all-new adventure in a vast and alien world where you’ll encounter terrifying enemies and challenging puzzles on your quest to unravel the mystery of a forgotten planet, while saving it in the process.

S.T.A.L.K.E.R. 2, the return of the legendary series from GSC Game World, is one of the biggest open worlds with a large-scale, nonlinear history. There will be a large-scale non-linear plot in the game. The player’s decisions will affect not only the fate of characters and local events, but also the world as a whole.

Razputin Aquato, trained acrobat and powerful young psychic, has realized his life long dream of joining the international psychic espionage organization known as the Psychonauts! But these psychic super spies are in trouble. Their leader hasn’t been the same since he was kidnapped, and what’s worse, there’s a mole hiding in headquarters. Raz must use his powers to stop the mole before they execute their secret plan–to bring the murderous psychic villain, Maligula, back from the dead!

One town. Two families. Three decades of secrets. As Dusk Falls is an original interactive drama from INTERIOR/NIGHT that explores the entangled lives of two families across thirty years. Starting with a robbery-gone-wrong in small town Arizona, the choices you make will have a powerful impact on this epic story of sacrifice, betrayal, and resilience.

Obsidian Entertainment’s next epic, first-person RPG set in the fantasy world of Eora.