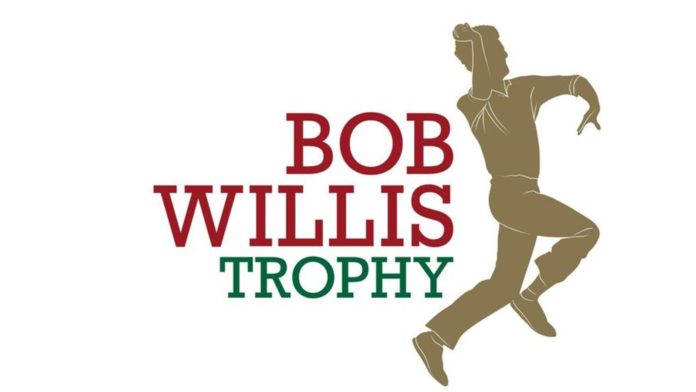 Five-day final to be held at Lord’s; trophy to feature image of Bob painted by his wife Lauren

The Bob Willis Trophy will commence on August 1 and conclude with a five-day Lord’s final as the 2020 county cricket season finally gets underway after the coronavirus pandemic.

The ECB announced earlier this month that this summer’s shortened domestic season would see the 18 counties compete in a first-class red-ball tournament named after former England fast bowler and Sky Sports analyst Willis, who passed away in December at the age of 70.

The competition will see clubs split into three regional groups of six, with counties playing the other sides in their group once and the top two points scorers across the groups advancing to the final at the ‘Home of Cricket’.

The first four rounds will be held from Saturday to Tuesday in August with the final batch of group fixtures to begin on Sunday, September 6 after a break for the Vitality Blast – the Blast begins on August 27 with the fixtures to be announced next month.

Games in round one of the Bob Willis Trophy include a London derby between Surrey and Middlesex, while Roses rivals Yorkshire and Lancashire will clash in round four from August 22.

Sir Ian Botham, who proposed the idea of naming the one-off tournament after friend and former England team-mate Willis, said: “As a player there was no better person to turn to in a crisis and as a man there was no-one more capable to make you smile and realise the beauty in life.

“He was an ardent advocate for the longest form of the game and, at a time when all of his great virtues have been needed by us all, I can think of no better person to name this tournament after.”

The trophy will feature a design of Willis’ iconic bowling position, which was painted by his wife, Lauren Clark, following his death last year.

Lauren said: “Anything that keeps Bob’s memory alive is as beautiful as the man I married. This would mean so much to him.

“Shortly after his death we were all cast into lockdown due to this pandemic and during that time I have turned to art as a means of expression.

“I am truly humbled and honoured that one of my paintings of Bob, in that wonderful bowling action of his and which so many cricket fans immediately recognise, will be featured on the trophy when it is presented to the winning county at the end of the summer.”

The Bob Willis Trophy will include a number of ECB Board-approved changes to playing conditions to ensue the wellbeing of players following the lengthy Covid-19-enforced lay-off, including:

Teams will also earn eight points for a draw, rather than the usual five earned in the County Championship, to help mitigate against the impact of weather in the shortened competition.

Sir Andrew Strauss, the chairman of the Performance Cricket Committee, said: “For all fans of the county game, it is fantastic news that domestic cricket will get underway at the start of August.

“It goes without saying that everyone wants to see competitive red- and white-ball cricket, but in these unprecedented times it is crucially important that we recognise that the fitness and wellbeing of players is the top priority after a long lay-off period.

“Following appropriate medical consideration these measures have been put in place for the Bob Willis Trophy to help to protect players from the risk of long-term injury and any impact that could have on their careers.”