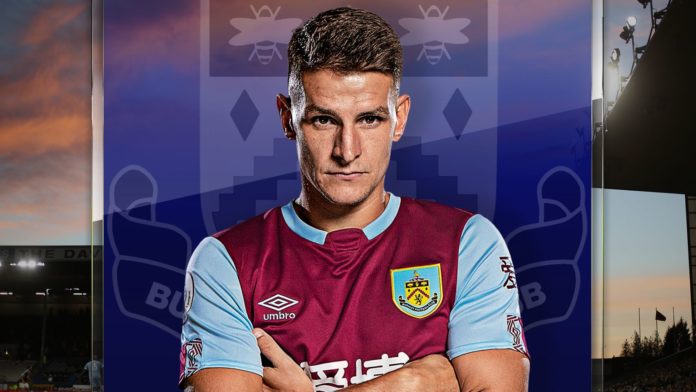 “We will all work our socks off to ensure Popey gets his clean sheet for the Golden Glove.” That’s the “main goal” for Burnley when they host Brighton on Sunday, according to Ashley Westwood.

Speaking exclusively to Sky Sports, the midfielder revealed his side are rallying behind their in-form stopper Nick Pope to scoop the prestigious award, who is currently locked with Manchester City’s Ederson on 15 clean sheets. “It’s not going to be easy, but to be up there as a goalkeeper, I’m sure it will be among his greatest achievements.

“We will do our best to help him achieve that. A clean sheet is a terrific start for any team, you only have to ‘nick’ one goal and we’re one of the best at doing that. It’s for him, personally, and, as a team, we take great pride in it as well.”

Westwood believes Pope’s hunt for the Golden Glove is also the gateway to a regular starting berth with England. “He’s going about that the right way. Jordan Pickford’s been brilliant, but all Popey has got to do is keep pushing and doing what he does best.”

But that’s not the only target for Burnley on Sunday. The Clarets have collected 54 points to equal the club’s Premier League record, achieved two years ago. “Even going into the game last week, that was the talk: we want to break that record, too.

“We were pushing for Europe but didn’t quite get there. We achieved it last season but didn’t progress, so we wanted another crack at that, but, unfortunately, we just fell short. But it would be phenomenal for the club if we could break the record points tally.”

As if those two incentives weren’t enough, there is still the challenge of finishing eighth in the league – potentially above Arsenal – and a personal assist battle with team-mate Dwight McNeil. “Hopefully I can pip him to that,” he jokes.

It “would be some season” if the records are smashed and the targets met on Sunday. “If you consider we were three points off the bottom three in January and now we’ve lost one in 15. We’ve gone under the radar – but that’s the way we like it at Burnley!”

The entire Burnley squad has cost under £120m. With 54 points on the board, that equates to about £2.2m per point. For context, Arsenal average at about £8m per point and Manchester United around £10.4m. And so it becomes clear: Sean Dyche delivers a staggering level of cost-effective success.

Is it a unique achievement? “It would be interesting to see if any other manager could do that, but I don’t think they could.”

Westwood is full of praise for his gruff-voiced superior. “What the gaffer has done at Burnley, the work he does and the group of players he puts together, it’s phenomenal.

“His work behind the scenes. He checks characters out. It took me a couple of years to get into the team. You have to bide your time.”

One of the reasons for Burnley’s sustained, economical success has been a solid team ethic. “We all know our jobs, we all work hard. If you’ve got that as a solid foundation, you’re onto a good thing. The emphasis at the club is to work hard for your team-mates. There’s a lot of respect in that changing room for each other.

“We’re not a team that can just turn it on, we know that. We need to train right every day and that carries us through into the weekend. From the moment we start a game, the first thing we’re told is ‘go and play on the front foot’.

“The two boys at the front work their socks off. In a 4-4-2, you’ve got to be organised against the teams that play three in the middle, so the strikers need to help us midfielders out.”

Indeed, Dyche has played a huge role in Westwood’s development over the past three years. “For me, coming from Villa, I was in a bad place physically and even mentally. I had to bide my time to get into the team, to know how the club works and how the team works. I got super fit and came back one summer and that’s when I won player of the season. The gaffer has taken my game to another level.”

The stats back that up. This season, Westwood ranks third in the Premier League for possessions in the middle third, and fifth for passes into the final third. But he’s not just a destroyer and distributor from deep; the 30-year-old has also notched six assists and created 53 chances.

So is he primarily a destroyer or a creator? “I’m a bit of everything,” he replies with a grin. “When I first came to Burnley I was just neat and tidy, give it five yards and sit screening the back four. But the gaffer has changed that. I’m more of a dynamic box-to-box player now. I’m putting the ball at risk much more.”

But Westwood doesn’t forget former allegiances and will be rooting for Villa to avoid the drop this weekend after Dean Smith’s side pulled clear of the relegation zone. “There a lot of good people at Villa, behind the scenes. I don’t know many of the players there anymore. Jack [Grealish] is still there and he’s a phenomenal talent.

“But I’m still in touch with a lot of people at the club and fingers crossed they can get over the line. They’ve put themselves in a great position.”

I was just neat and tidy when I first came to Burnley… But the gaffer has changed that. I’m more of a dynamic box-to-box player now.

For all the positives, one concern is Burnley’s average starting XI age of 28.4 before the restart – only Crystal Palace and Watford are older – and the squad is small, not helped with the recent departures.

“It’s tough. It’s going to be a massive summer for us. We’ve lost a few great lads. If we’re going to stay in the top half, we’ve got to get some help. If we get that, who knows where we can go.”

But youth is waiting in the wings. The Clarets have named unused substitutes with an average age of 21 or under for three games running now – most of whom have not made a single Premier League appearance to date.

“Us old boys aren’t doing too badly, we’re still keeping fit and keeping up with the young guns! But the youngsters are doing great and getting experience from training with us, day in and day out, and being involved with the matchday squad.

“There’s a young lad, Max Thompson, he’s looked sharp in training. There’s also a young kid, Rico – he’s been out injured but was back with us today – and he looks like he’s going to be a special player. They’re in the best environment with us, but we keep them grounded, like we have with Dwight [McNeil] and who knows where they can go.”

So the future looks bright for Burnley, but, for now, the focus remains on the season finale with Brighton at Turf Moor, live on Sky Sports Arena this Sunday, with Pope’s Golden Glove, the club’s record points total, a potential finish above Arsenal and a certain assist battle between team-mates on the line.