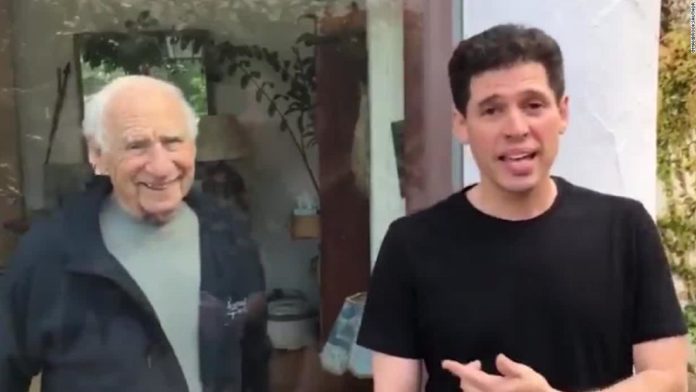 During a Comic-Con@Home panel with the somewhat fanciful title “Zombies and Coronavirus: Planning for the Next Big Outbreak,” Brooks — joined by a group of scientists — recalled World War II, when the entertainment industry was enlisted to help support the war effort. He specifically cited “Why We Fight,” a series of documentary films commissioned by the US government during the war.
“It’s all hands on deck in the mass communications department,” Brooks said, speaking of the deficiency in terms of clear information reaching the public before adding, “If we don’t bridge the gap, nothing you do will save us.”
The other members of the panel largely agreed, noting that the scientific community has to overcome the mistrust of science, as well as ignorance about the way that science functions, especially when trying to provide answers about a fast-moving crisis such as the current one.
“There will be lots of unknowns. There always are,” said Jarod Hanson, a public-health consultant at the University of Maryland School of Medicine, who called the US response thus far “an utter failure.”
Shanna Ratnesar-Shumate of the University of Nebraska Medical Center echoed Brooks’ point on the need to better communicate both what’s known and to improve understanding of how science operates. “There are a lot of really brilliant scientists who are really terrible at talking about science to the general public,” she said.
Brooks — who in addition to “World War Z,” which became a movie, wrote “The Zombie Survival Guide” — also cited the importance of journalism in this process, which isn’t helped by political efforts to discredit mainstream media. “We’re dying because we don’t know what is the truth,” he said, adding that the free press is “what validates our government systems.”