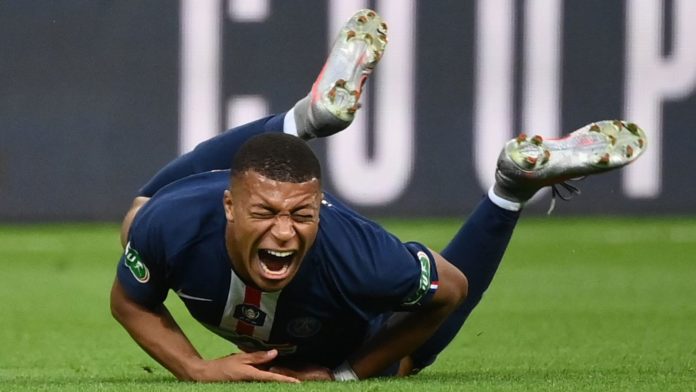 Paris Saint-Germain striker Kylian Mbappe had to be substituted after suffering an ankle injury following a horror tackle in the first half of the French Cup final.

Mbappe was scythed down by St Etienne captain Loic Perrin in the 26th minute, with the challenge sparking a mass brawl before the defender was sent off.

PSG went on to win 1-0 thanks to Neymar’s 14th-minute goal as football returned in the country after a four-month hiatus due to the coronavirus outbreak.

Mbappe was pictured limping through the stadium on crutches during the second half, leaving his participation in PSG’s hectic upcoming schedule in doubt.

PSG would have been counting on the 21-year-old World Cup-winner to play a key role as they seek to complete a quadruple of titles following their Ligue 1 and French Cup triumphs.

The Ligue 1 champions face Lyon in the League Cup final and have a Champions League quarter-final against Atalanta coming up next month.