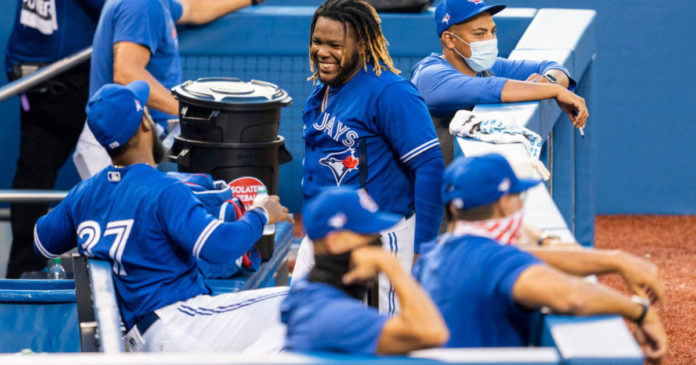 The Toronto Blue Jays will play a majority of their home games this season in Buffalo, New York amid the coronavirus pandemic, according to the team. The team was left in limbo last week after the Canadian government rejected a plan that would have allowed them to play in Toronto.

The team said in a statement Friday that “the greater part of its home schedule” for the 2020 MLB season will be played at Sahlen Field in Buffalo.

“We are extremely grateful to have a home in Buffalo this season, thanks to the openness, creativity, and partnership of the Buffalo Bisons, Major League Baseball and Blue Jays staff, who have worked tirelessly to prepare us for games at Sahlen Field,” said club president and CEO Mark Shapiro in a statement.

“This process has no doubt tested our team’s resilience, but our players and staff refuse to make excuses – we are determined to take the field on Opening Day today, and for the coming months, with the same intensity and competitiveness that our fans expect.”

The Blue Jays’ first scheduled home series is on July 29 and 30 against the Washington Nationals, but the team said those games will be played on the road to accommodate necessary infrastructure modifications at Sahlen Field to meet MLB playing standards as well as COVID-19 safety requirements.

The Blue Jays’ first game in Buffalo will be either on July 31 against the Phillies or on August 11 against the Marlins, the team said.

Earlier Friday, before the deal had officially been announced, New York Governor Andrew Cuomo said he had spoken directly to the MLB Commissioner Rob Manfred about the unusual arrangement.

“If we can get Toronto playing here, I say great. We have the protocols in place, it will be done safely,” Cuomo said. “I’d rather it happen here. It’s good for Buffalo.”

“I think we want people to stay home, I think giving them sports to watch on TV actually is a good thing, not a bad thing,” Cuomo said. “Working with the department of health I think we can come up with protocols that keep people safe, and we’ve done that.”

“The horse is out of the barn on this one, Major League Baseball is going to play. They’re going to play all across the nation fan-less,” he said. “If it’s going to happen, I’d rather it happen here.”