Home Sport Pope: Bio-secure environment has been a challenge 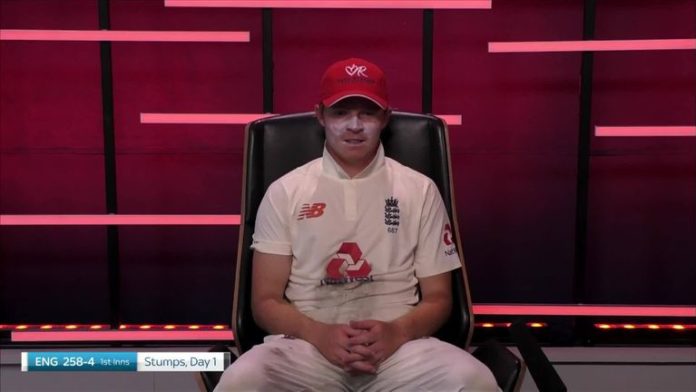 “It has got its challenges but you get around the lads, the lads get around you, and it is tight knit so if someone is struggling a bit mentally we have each other’s back”

Ollie Pope feels “a weight has been lifted off his shoulders” after posting his first substantial Test score of the summer amid the “challenging” nature of living in a bio-secure environment.

Pope struck an unbeaten 91 on day one of the series decider against West Indies, as England recovered from 122-4 to 258-4 at stumps.

The batsman had made seven and three scores of 12 in his first four innings of the #raisethebat series and told Sky Sports Cricket he has found the inability to get away from the game difficult.

“It is nice to get a few and it does feel like a little bit of a weight off the shoulders,” the 22-year-old said from the Sandals Player Zone.

“To miss out [in previous games] and to be in such an intense environment where we you are not able to see your family, has been a little bit challenging. You go back to your room and are overlooking the cricket pitch.

“In the second innings [of the first Test] at Hampshire I got out late in the day and 20 minutes after getting out I was back in my room. I wasn’t able to go for a coffee or see my family and it ends up playing in your mind over and over again.

“It has got its challenges but you get around the lads, the lads get around you, and it is tight knit so if someone is struggling a bit mentally we have each other’s back.

“It is good to check in and see how people are doing because people have spent so much time with their family [during the coronavirus pandemic] and now they are not seeing them at all or having any contact.”

Pope’s fourth Test fifty – one he will hope to turn into a second Test ton – was notable for some impressive drives and focus on rotating the strike as he shared an unbroken fifth-wicket stand of 136 with Jos Buttler (56no).

“I had a few challenges early on with Kemar Roach – I probably was a bit tentative outside off stump when I saw him shaping a few away,” added Pope, who reached fifty from 77 balls.

“I was happy with how I was driving but I edged one short of [Jason] Holder at slip and and got a bit of luck so I learnt my lessons.

“I just tried to get back to watching the ball as close as I can and not drag those hands outside off stump. I didn’t try to over-hit – if I was trying to drive for two there was less of a chance of me nicking it.”

When asked about strike rotation, Pope said he learned a lot from his time playing alongside former Sri Lanka batsman Kumar Sangakkara at Surrey.

“I have always been a busy player [but] I was lucky enough to play with Sangakkara and a number of times he would nick a single off the first ball of the innings just to get off the mark. It’s a real good way of putting the bowler under pressure and not letting him bowl six balls at you.”

On himself and Buttler scoring pretty freely before a bad light ended the day’s play, Pope added: “We didn’t chat about the upping the tempo, we just wanted to make sure we were there when the new ball came.

“Naturally having spent a long time in the field [West Indies] are going to give you a few [bad] balls and pitch up the new one to see what it’s offering. It was a natural change of tempo.”

Watch day two of the series-deciding third #raisethebat Test live on Sky Sports Cricket from 10.30am on Saturday.