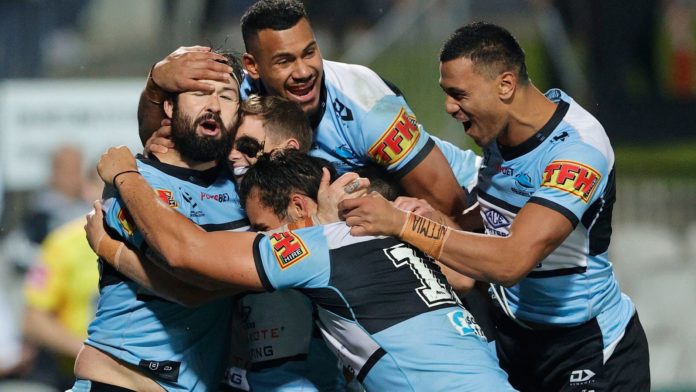 Round 11 of the NRL season concludes with two more matches live on Sky Sports Arena on Sunday: Newcastle Knights vs Canterbury Bulldogs (5am) and Gold Coast Titans vs Penrith Panthers (7.05am)

The Warriors, seeking to end a run of three straight defeats, led the reigning NRL champions 10-6 at the break, but second-half tries from Luke Keary and Manu ended hopes of a shock win.

Todd Payten’s side took the lead with just four minutes on the clock when Peta Hiku found Ken Maumalo to score following a testing kick by Kodi Nikorima. Adam Pompey kicked the conversion as well.

Sitili Tupouniua and Sio Taukeiaho then both had possible tries ruled out, but the former got the Roosters on the board in the 22nd minute, followed by Kyle Flanagan landing the first of three successful conversion attempts.

Nevertheless, the Warriors were back in front two minutes before half time as Eliesa Katoa crashed through the defence after taking a pass from stand-off Nikorima.

Keary’s converted try saw the Roosters edge ahead in the 50th minute and Manu put the seal on the win with his converted score 12 minutes from time.

A second-half fightback from the Dragons fell agonisingly short as Cronulla Sharks held on to secure the win at Netstrata Jubilee Stadium in Sydney.

The visitors were 28-14 down after 43 minutes but tries from Zac Lomax and Mikaele Ravalawa – the latter of which was converted – dragged them back into the match and set up a nail-biting finish.

However, they could not find the try which would have given them the chance to win it with a successful conversion or at the very least sent the game into golden point.

Tyrell Fuimano put the Dragons ahead with four minutes gone, only for Cronulla to reply through Jack Williams five minutes later.

Lomax’s penalty followed by his first try of the match put St George back in front, but again the Sharks hit back with Sione Katoa crossing. The hosts then kicked on through tries from Shaun Johnson and Will Kennedy before half time.

Aaron Woods added a fifth try for Cronulla after the break and although Lomax and Ravalawa both went over for St George, it was the Sharks who were celebrating at full time.