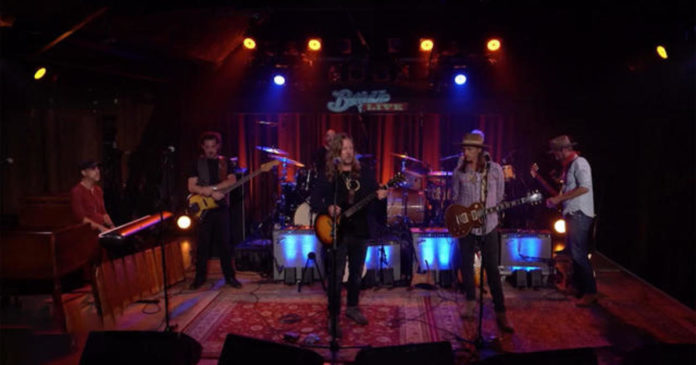 Devon Allman, son of Allman Brothers frontman Greg Allman, paired up with sons of other founding Allman Brothers members to make the Allman Betts Band just three years ago. Following their acclaimed debut “Down to the River,” the band is now set to release their second album “Bless Your Heart” on August 28. They join “CBS This Morning: Saturday” to perform “Magnolia Road.”