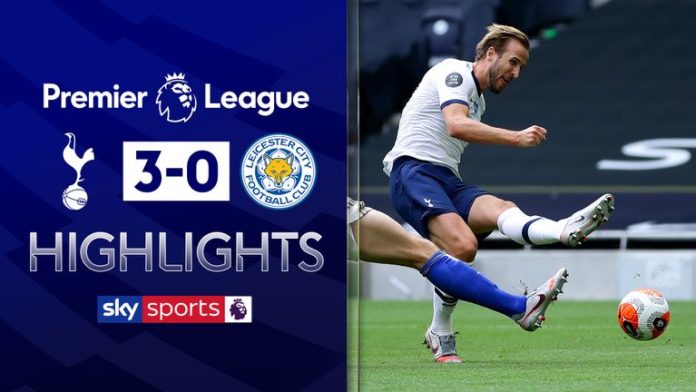 Tottenham head coach Jose Mourinho says his side would have finished in the Premier League top four “without problems” had the season been a “couple of matches” longer.

Spurs have been on good form since the division resumed last month, winning five, drawing two and losing one of their seven games to climb to seventh in the table and within reach of a spot in next season’s Europa League.

They sit five points back from fourth-placed Chelsea going into the final round of fixtures, and Mourinho is confident that his side’s momentum would have seen them close that gap had there been more games remaining.

“If I take the focus a little bit away and I look to the global picture,” Mourinho told the club’s website.

“I look at it with the feeling that we should have a couple more matches to play, because the team is in a good moment, it’s strong, has no injuries.

“And my feeling is in normal conditions we would fill top four without problems, and probably we didn’t need much more than a couple more matches to do that.”

Mourinho took over from Mauricio Pochettino in November with Spurs 14th in the table 12 matches into the season and has overseen a gradual improvement despite dealing with injuries to key players, including captain Harry Kane.

Spurs face Crystal Palace on Sunday knowing that a win will be enough to secure them a Europa League spot if Wolves fail to win at Chelsea, who need a point to secure their place in next season’s Champions League.

“The way the season started, with all the problems that we had, it was really hard to better than what we are doing, but we can look after that and say lots of positives for next season,” Mourinho said.

“When we are all ready, we can be a very strong team. When we have certain principles of play very automatic, we can have a very, very strong competitive base and we look forward to next season.”