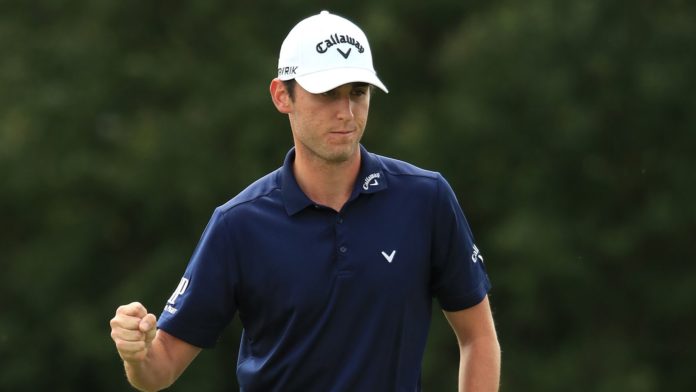 Paratore misses out on a bogey-free tournament, but a closing 69 was enough for a first title in three years

Renato Paratore cruised to his second European Tour title after wrapping up a composed three-shot victory at the Betfred British Masters.

Paratore was unable to complete a bogey-free tournament, his remarkable run coming to an end after 63 holes, but a final-round 69 in blustery conditions at Close House added up to a winning score of 18-under par – comfortably clear of Rasmus Hojgaard.

The exciting young Italian led by one stroke overnight and had not dropped a single shot over the first three rounds, and he enjoyed a measured first few holes as he picked up an early shot at the fourth and then completed a full house of birdies at the long seventh.

But after 62 holes without a blemish he missed the green with his tee shot to the short ninth and was unable to scramble a par, and although he responded immediately at the next, he blotted his card again at 11 to slip back to 11-under par.

However, with the tricky conditions preventing any of his rivals from sustaining a genuine challenge, Paratore was content to play solid, par golf for the next five holes before effectively sealing victory with a perfect 10-foot putt for his fourth birdie of the day at the penultimate hole.

Paratore closed with another cast-iron par at the past to clinch his first win since making his European Tour breakthrough at the Nordea Masters three years ago, and he celebrated with his mother via a Sky Sports iPad before being given a guard of honour by several of his peers as he left the green.