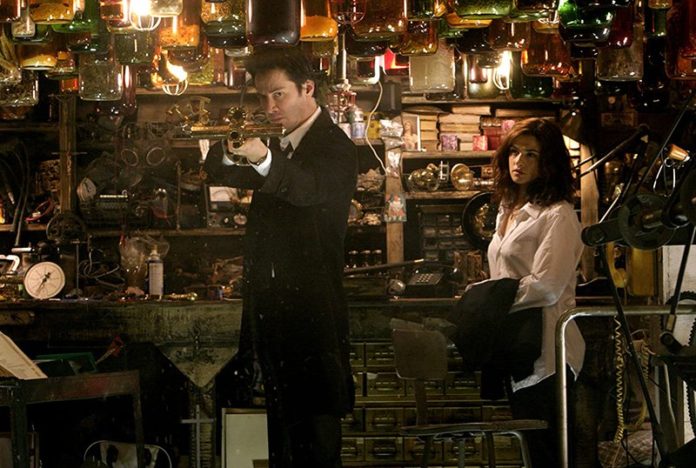 Constantine star Keanu Reeves, director Francis Lawrence, and producer Akiva Goldsman are reuniting to reflect on the making of the 2005 DC Comics adaptation. Moderated by Collider’s editor-in-chief Steven Weintraub, you can watch the panel now in the player below!

Based on the DC Comics’ Hellblazer comic book created by Alan Moore, Stephen R. Bissette, and John Ridgway and written by Jamie Delano and Garth Ennis (among other notable writers who have contributed to the series), the 2005 movie adaptation follows John Constantine (Reeves), a cynical supernatural exorcist and demonologist with the ability to perceive and communicate with half-angels and half-demons in their true form. Constantine, who is seeking salvation from eternal damnation in Hell for a suicide attempt in his youth, exorcises demons back to Hell to earn favor with Heaven but has become weary over time. He eventually helps a police detective (Rachel Weisz) to prove her sister’s death was not a suicide while simultaneously unraveling a much larger and darker plot.

Pick up your copy of Hellblazer, Vol. 1: Original Sins here!

A rumor recently surfaced that a new live-action film focused on the sorcerer is in development at Warner Bros. Though it’s currently unclear as to who would star in the film as Constantine, given the recent cult following surrounding Reeves’ initially derided outing and his resurgence in popularity at the box office with the John Wick franchise and the forthcoming The Matrix 4 and Bill and Ted Face the Music, as well as the 55-year-old’s continued desire to reprise the role, it’s entirely possible WB would look to him to star in the film.