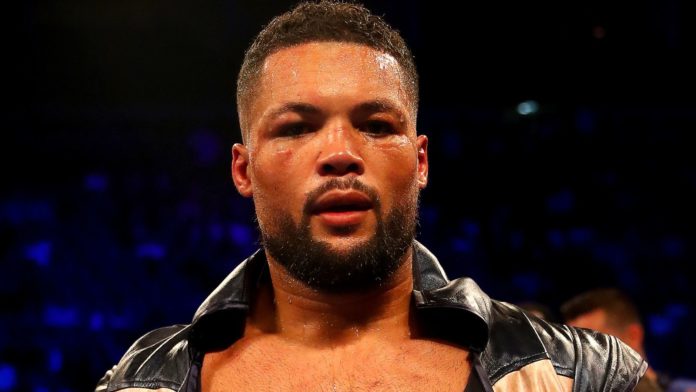 Joe Joyce warmed up for his October showdown with fellow Brit Daniel Dubois by stopping Germany’s Michael Wallisch in the third round.

The 34-year-old Joyce returned to action in a behind-closed-doors fight in Stratford – and the 2016 Olympic silver medallist duly made it 11 wins from as many pro fights.

Wallisch held his own in the first round and landed some solid punches, but the second round was far more uncomfortable for the German, as Joyce took complete control.

Wallisch sank to his knees by the ropes when Joyce followed a powerful body shot with a glancing blow to the top of his head.

The German bravely managed to survive until the end of the second but Joyce quickly ended proceedings in round three.

Before the round was 30 seconds old, a clubbing left hook from Joyce had forced Wallisch down again.

He got to his feet once more but was soon on his knee again in the centre of the ring after a brutal right and a left to the body, leaving the referee with no option but to stop the fight with just over two minutes left in the round.

Joyce told BT Sport: “All respect to my opponent for coming down, he put in a great effort.

“He, like me, was in lockdown (due to the coronavirus pandemic), and he took some heavy hits. I got off the ring rust and got him out of there.”

Addressing Dubois, who he fights at The O2 in London on October 24, he said: “I’m coming for you from a full training camp.

“I’ve got plenty of time to prepare and I’ll be ready.”